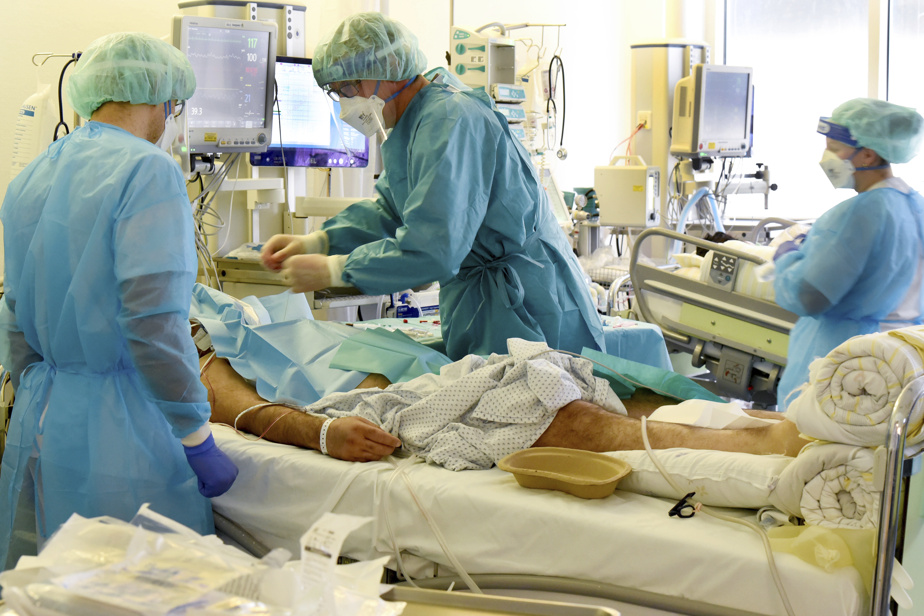 (Frankfurt) More than 100,000 people, 100,119 people have died from COVID-19 in Germany since the outbreak, the Federal Health Authority (RKI) announced on Thursday, with 351 deaths in the last 24 hours. Outbreaks of infectious diseases.


In a single day, the RKI calculated 75,961 new emissions, a new rise at a time when the largest European economy feared the enrichment of hospitals. The seven-day event reached a record high of 419.7.

The situation is troubling for the new government coalition that will take over the country’s leadership in December.

Hospitals in some regions are already facing “severe burdens” that require the relocation of patients, Gernard Marx, president of the German Intensive Care Association, warned on Monday.

The event surpassed the mark of 400 infections per 100,000 people in seven days for the first time on Wednesday. Many regions have re-established strict controls to prevent a fourth wave of corona virus, which has been strong since the virus appeared.

69% of the population is fully vaccinated, less than in other European countries such as France, where the rate reaches 75%.

On Wednesday, Olaf Scholes acknowledged that the situation was “serious” and promised to do “everything” in the face of the epidemic after a coalition agreement with the government’s future Social Democrat leader, the Greens and the FDP’s Liberals.

However, the new coalition seems to be discarding the idea of ​​national imprisonment for now, and is relying on the generalization of health passports in transportation and restrictions on access to non-vaccinated people, for example to cultural sites.

See also  Covid in Mexico: The president is "very good" and formal tests are not recommended

“Read” about the possible “extension” of the German vaccine duty, which is in effect in the military and soon in health facilities, Mr. Scholes said. One billion euros (1.4 billion CAN) will be released in support of nursing staff and nursing assistants.

The government of outgoing Angela Merkel extended the deadline until Wednesday, April 2022, for companies that have been closed or whose incomes have fallen and affected by the partial unemployment program.