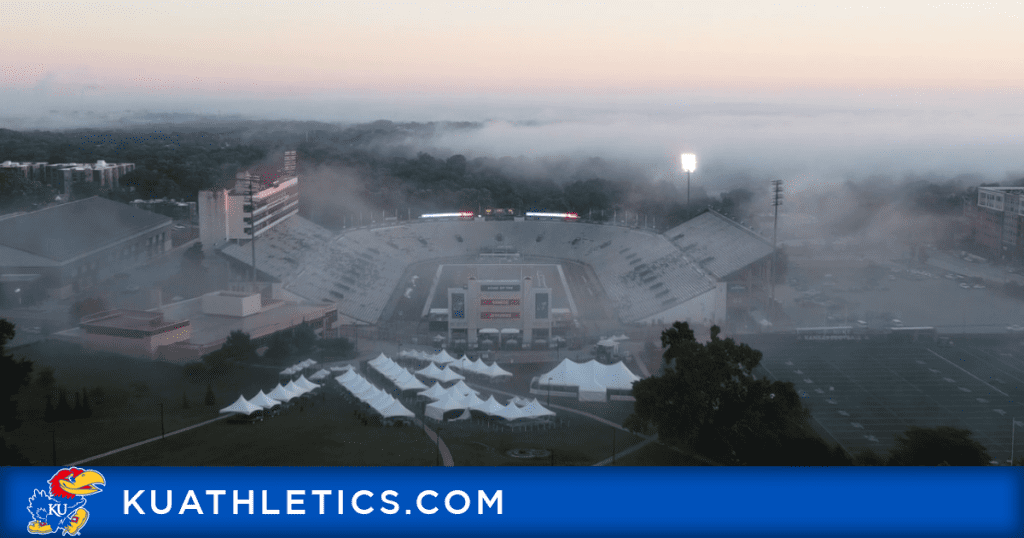 Law – The University of Kansas is moving forward with a transformative development project to create a north gateway to the campus that will include a new mixed-use space and redesigned Kansas football facilities.

The project will transform the area near the intersection of 11th Street and Mississippi Avenue with new facilities that may include a mix of convention venues, entertainment, retail and other jobs that drive regional economic growth and generate revenue for academic programming.

The project includes major upgrades to David Booth Kansas Memorial Stadium – one of the nation’s oldest football stadiums – to create a world-class experience for fans while providing Kansas Football with the facilities it needs to compete at the highest level, as well as renovations to the Anderson Family Football Complex.

Kuwait University has selected HNTB, the world leader in the design of multi-purpose entertainment venues, as its lead architect, in partnership with Lawrence-based multistudio. Kuwait University also retained the Nations Group, a representative company of the national owner that specializes in university athletics fields and mixed-use facilities. The companies will help Kuwait University develop more specific plans, timelines and cost estimates in the coming weeks.

Counsellor Douglas A. Giroud: “The intersection near 11th Street and Mississippi Avenue is a major entrance to the campus for students, alumni, and potential guests touring KU and visiting David Booth Kansas Memorial Stadium.” “For these reasons, it is the ideal location to develop a new portal with mixed-use facilities to better serve these audiences, generate revenue for academic programs, drive economic growth in the region, and reimagine our football facilities.”

The project will begin with renovations of the Anderson Family Football Complex, as well as site preparation work related to rainwater, sewerage, Wi-Fi availability and electrical system upgrades, in the first half of 2023. Kuwait University will select a construction manager in the weeks. Before.

The project will be funded primarily by private donations, economic development funds, sales of premium seating in the stadium, and future development opportunities that will be created on the site.

KU leaders in recent years have pursued strategies to generate revenue for academic programming and stimulate regional economic growth by hosting conferences and events on campus. The development of this project will lead Kuwait University to pursue these goals in a way that will benefit the University, the city of Lawrence, and the wider region.

Kuwait University has commissioned an economic impact study to analyze the potential uses of the mixed-use spaces that will be developed as part of the project. In addition, the university will soon begin the project developer selection process to help formulate a vision for how the mixed-use facilities in and around the redesigned football stadium will be used.

The goals of the redesigned David Booth Kansas Memorial Stadium include upgrades to the in-game experience such as a seating bowl design with improved sight lines that increase fan comfort and bring fans closer to the stadium; extended privileges, accessible restrooms and seating areas; improve the circulation of the hallway; and new premium amenities such as club seats, wooden benches and edge suites. The stadium design will include mixed-use spaces to augment conference and conference facilities that may be part of the project. Kansas Athletics is partnering with Elevate Sports Ventures to conduct fan focus groups to get feedback on what fans want in a reimagined stadium. In addition, Elevate recently completed a survey to understand which seating options and amenities are most important to fans.

“This project is unparalleled in its vision to benefit a wide range of UCLA components while signaling a new era for Kansas Football,” said Travis Goff, Director of Athletics. “Once completed, this project will ensure that our football program has the facilities it needs to compete at the highest level and provide the best possible match day experience for student-athletes and fans. Furthermore, we are pleased that this project will go beyond football to benefit the entire university and the regional economy.” .

The university’s architecture and design partners will meet next week with football coach Lance Leibold to discuss improvements to the Anderson Family Football Complex, which will focus on the student-athlete experience and employment.

“This project will have a profound impact on the future of Kansas football and society at large,” said Leibold. “This will specifically impact current and future football players, who will now have a state-of-the-art facility to train in. With a state-of-the-art facility and a commitment to improving our Anderson Family Football Complex, our today-day operation will be more efficient and effective. This is an exciting time for the KS team. For football, that definitely adds to it.”

Additional details about the project will be provided in the coming weeks.

“Now, more than ever, college athletics — and certainly the continued success of football — is critical to the health and vitality of our entire university community,” said Goff. “There is great enthusiasm for this project among donors and partners who believe in KU’s mission, and in partnership with KU Endowment, we will be reaching out seriously to philanthropists and supporters to ensure this ambitious vision becomes a reality.”