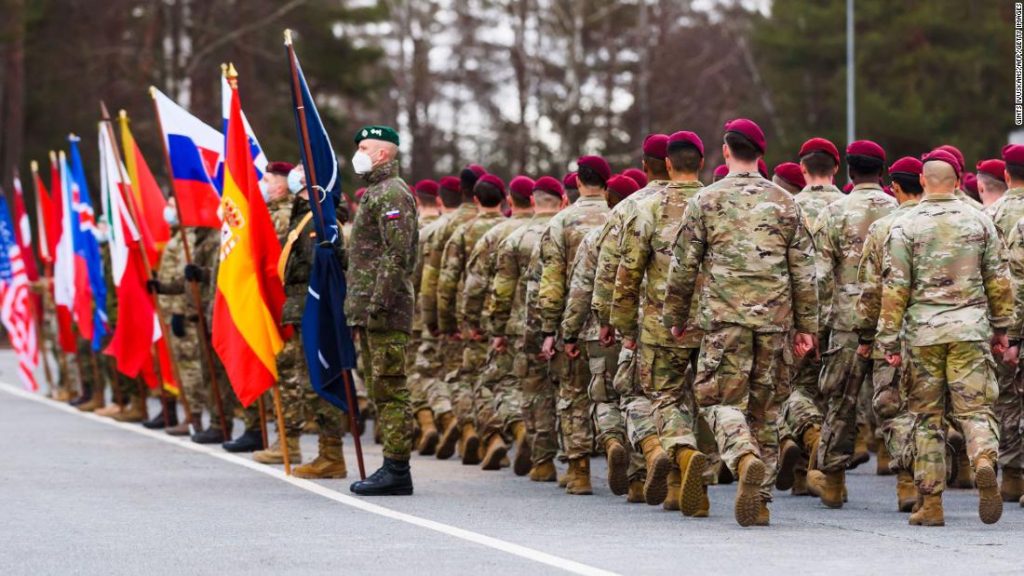 NATO Supreme Commander General Todd Walters has activated a multinational force made up of allied land, air, naval and special operations forces that can rapidly deploy in support of NATO.

The activation of response forces does not mean that any US or NATO forces will enter Ukraine, which is not a member. US President Joe Biden has been clear that US forces will be deployed in Eastern Europe to help support NATO countries strained from Russia’s aggressive actions, and not fight in Ukraine.

“This is a historic moment and the first time the Alliance has used these High Readiness Forces in a role of deterrence and defence. It represents a resilient and credible fighting force that can be employed in multiple ways as we make full use of its inherent agility,” Walters said in a statement. Our response and our ability to protect and protect the billion citizens we have sworn to protect.”

The force has not yet deployed but is on alert. It is not clear how many troops the response force will contain.

The decision to activate the response force was announced after a Friday morning call with NATO leaders. In a statement about the call, Biden said NATO would remain united to confront Putin’s threats to international peace and security.

“We are joined today by our close partners Sweden, Finland and the European Union,” the statement read. “President Putin has failed to achieve his goal of dividing the West. NATO is as united and resolute as ever, and NATO will keep its door open to European countries that share our values ​​and may one day seek to join our alliance.”

NATO Secretary-General Jens Stoltenberg said on Friday that the alliance still needed to do more to pressure the Kremlin to end military aggression in Ukraine.

“We have to be prepared to do more, even if it means we have to pay a price, because we’re in this for the long haul,” he said. “We have to take this very seriously and that is exactly why we are deploying the NATO Response Force for the first time in a collective defense context,” he said.

The entire NATO response force consists of 40,000 soldiers, but Stoltenberg did not say how many troops would be activated, telling reporters “we are deployment elements” of the force.

In a message published Friday morning, Zelensky thanked NATO for its support but urged the alliance to do more, lamenting the fact that Ukraine was left to fend for itself.

“We are alone in defending our country. Who is ready to defend us with us? Frankly, I don’t see anyone,” Zelensky said. “Who is ready to give Ukraine a guarantee of joining NATO? Frankly, everyone is afraid.”

The White House said Biden spoke by phone on Friday with Zelensky, who released a video showing he was still in Kiev. Biden’s statement said the US president “transferred the continued economic, humanitarian, and security support of the United States.”

Pentagon Press Secretary John Kirby told reporters Friday that the United States would “provide additional security assistance” to Ukraine, although how to do so, he noted, “is still being worked out.”