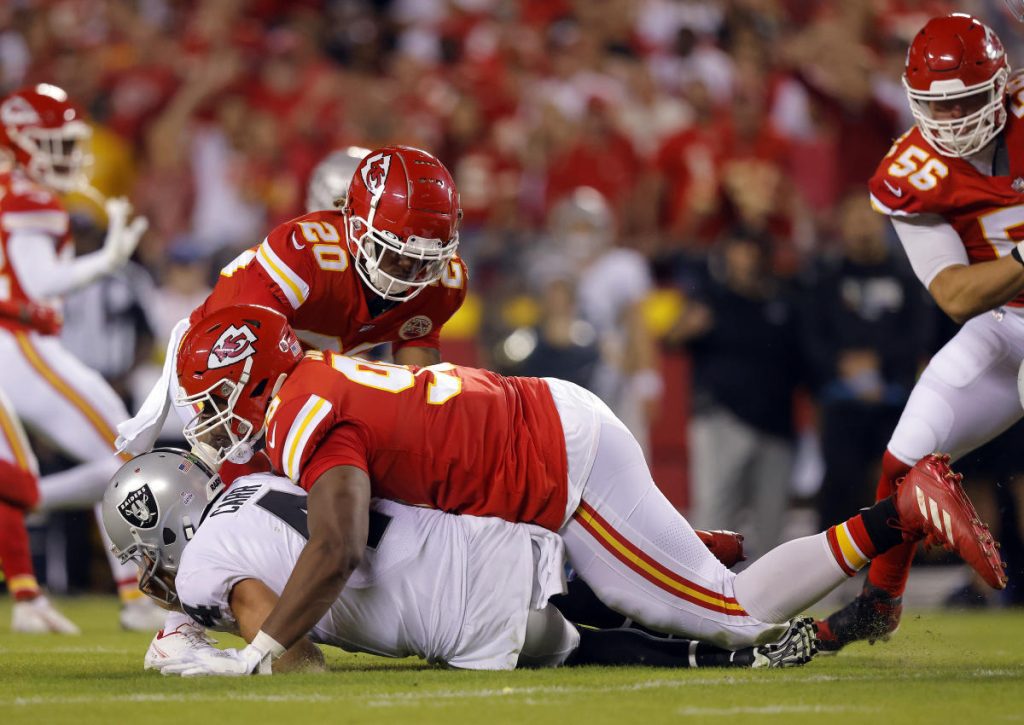 Andy Reed is a kind soul, especially in regards to the other coaches in the NFL. It takes just as much to heat it up as it was on a Monday night.

He can join other coaches, players and fans around the NFL who They aren’t happy with how they call the passers-by rough this week.

The Kansas City Chiefs She was on the wrong end of a bad call on Monday night. Defensive line heads Chris Jones He seemed to make a huge play late in the second quarter with the Chiefs dropping 17-7. Jones got Las Vegas RaidersDerek Carr, sacked and obstructed. He landed on Carr but it wasn’t terrible.

Science out. So did Reed, yelling at the officials.

Officials ruled that Jones landed with his body weight on Carr. There wasn’t much choice as Jones fumbled after hitting Carr.

“At some point you have to be realistic,” ESPN anchor Jo Buck said on the broadcast. “The defensive player, what is he supposed to do, disappear?”

Fans booed and chanted for the rest of the game.

ESPN brought in charge analyst John Barry, who noted Jones warmed with his left arm, which officials are supposed to look for when judging whether a defender rests on the middle with his full body weight. He seemed to disagree with the call, too.

“I can see why the Kansas City fans aren’t thrilled,” Barry said.

It was another dubious rough call, one day after Atlanta Falcons Received a harsh, globally criticized call against Tom Brady. Management is always criticized, and now fans have good reason to launch.