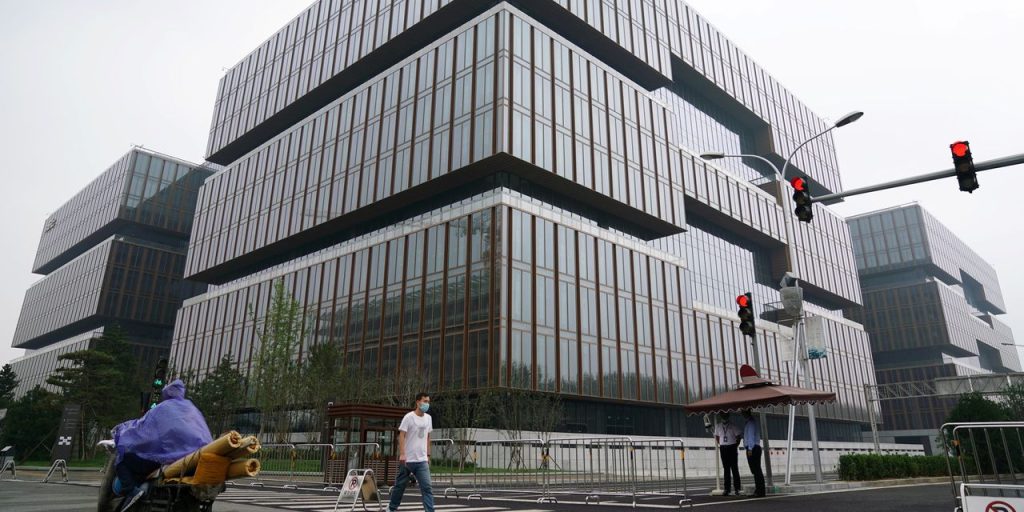 The Asian Infrastructure Investment Bank said Thursday it has suspended all operations with Russia and Belarus, a rare example of a Beijing-based multilateral bank, citing geopolitical factors in its decisions.

The lending halt appears to reflect the Asian Infrastructure Investment Bank’s assertion of itself as a multilateral institution with a global shareholder base, rather than a statement condemning the war. The Chinese government established the bank as an alternative to multilateral lenders backed by the West, such as the International Monetary Fund and the World Bank. China holds about 27% of the voting power in a bank that has a Chinese president.

The World Bank also suspended its programs in Russia and Belarus. China’s top banking regulator said this week that China will not join Western-led sanctions on Russia.

The six-year-old Asian Infrastructure Investment Bank said it would “protect the bank’s financial soundness, against the backdrop of the developing economic and financial situation,” according to the Statement on the bank’s website.

Russia plays an important role in managing the bank. It holds 6% of the voting power, and is the third largest shareholder after China and India. As one of the 57 founding members of the bank, Russia occupies a seat on the bank’s board of directors.

Scott Morris, a senior fellow at the Center for Global Development in Washington and an adviser to the Asian Infrastructure Investment Bank, said Thursday that the decision “reflects the multilateral character of the institution,” including the significant voting power of NATO members. Together, NATO members make up 23% of the bank’s voting power, according to Mr. Morris. The United States and Canada are not members of the Asian Infrastructure Investment Bank. Nor Japan.

Jin Liqun, the founding president of the Asian Infrastructure Investment Bank and a former financial policy maker in the Chinese government, has spoken repeatedly about the bank’s multilateral ownership and has repeatedly rejected any suggestion that the bank’s headquarters in Beijing make it beholden to Chinese political policy.

“We work under the supervision of the board of directors. China is only one member,” Mr. Jin told the Wall Street Journal in 2020. The US and Japan Refused to join the bank When it was set up out of concern it would undermine Western-run institutions such as the World Bank.

The Asian Infrastructure Investment Bank said in a statement on Thursday that it was ready to provide financing to members affected by the war.