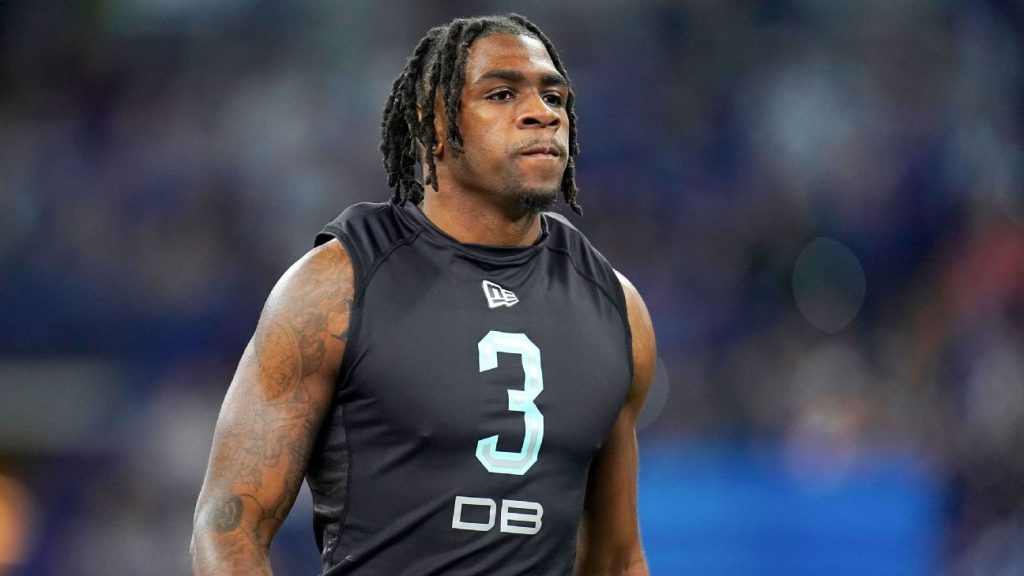 INDIANAPOLIS – In a week when speed was the big story in the NFL Boy Scouts, two defensive linebackers put an exclamation point on the case Sunday.

Back Baylor Corner Calon Barnes The Texas San Antonio Cornerback Tariq Wolin He ran two of the fastest 40-yard dash times in group history. Barnes’s official time of 4.23 was the fastest ever for a defensive back, and is now the second-fastest time for John Ross’s 4.22 receiver in 2017.

Barnes, who has made 41 appearances for the Bears, was the second player to run on Sunday and caused a stir among the fans in the stands when he crossed the finish on his attempt.

Wolin turned a 4.26 official and, like Barnes, made his best 40 on his second try. Wolin’s race will be, at least for some executives, a little more festive given that he not only held the fourth fastest 40-yard dash in event history, but did so as one of the biggest cornerstones of any draft. At 6 feet 4 degrees and 205 pounds.

Wolin, who was a wide receiver until playing the last game of the 2019 season at the Buck’s Corner position, has a 79-inch defensive arm.

Asked how he can be so fast when tall players haven’t always done well among the defensive linebackers in the combine before, Wolin said: “I just kept growing and I kept accelerating.”

It all capped a busy week on shared turf where eight wide receivers were timed under 4.4 seconds on 40 and 12 attacking lines clocked in under 5.0 seconds.

It should also be noted, while the Cincinnati Cornback Ahmed “Sauce” Gardner He didn’t need much of anything to bolster his already high stock, he probably still put in the best day around to emerge. At 6 feet 2 and 190 pounds, Garner ran an official 4.41 in the 40-yard dash and handled the position drill with precision and ease.

Gardner entered the group as the No. 5 player on the ESPN Players Ratings and the highest-grossing player overall.

There was some private grumbling among the Scouts about the health of all the sudden times. But teams will do what they’ve always done after collecting: compare official times to their on-site times, plus GPS data they’ve collected during the season and at post-season All-Star games like the Senior Bowl.

Safety players and special teams – including the highest safety standards agreed on the board, Notre Dame Kyle Hamilton – He also worked on Sunday, the fourth and final day of fieldwork in the gathering.