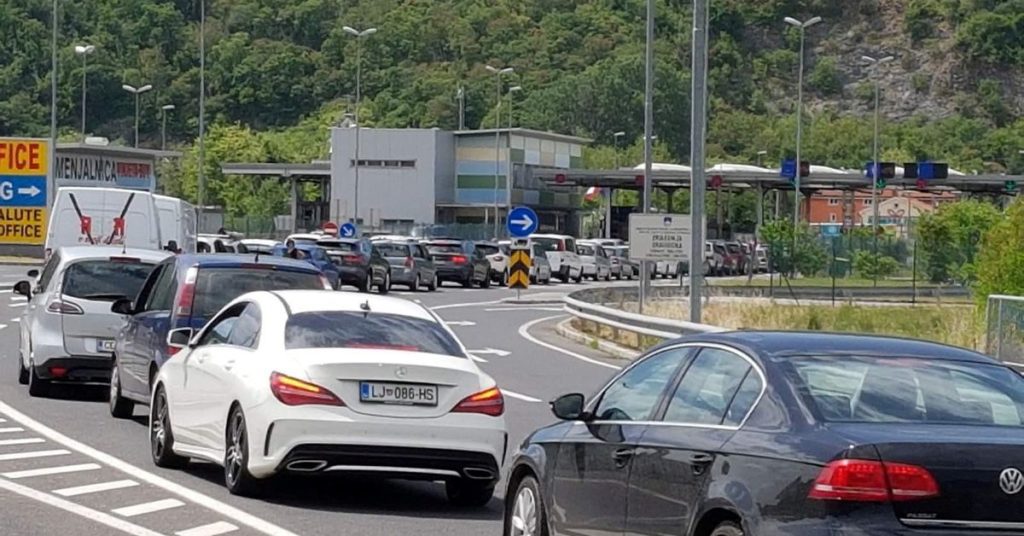 Crossing the BRUSSELS/BREJANA border between Croatia and Slovenia (Reuters) – Croatia was given the go-ahead on Thursday to join Europe’s open travel zone, but Bulgaria and Romania were pushed back by Austrian-led opposition over concerns about unauthorized immigration.

From 2023, people will no longer have to stop for border checks as they pass between Croatia and the rest of the so-called Schengen Area – the world’s largest free travel area seen as one of the major achievements of European integration.

It will “shorten the journey and the wait, thank God,” driver Nenad Benic said as he stood in line to cross the Bregana border point from Croatia into Slovenia on Thursday.

Romanian Prime Minister Nicolae Ciuka said he was disappointed and would apply to enter the region again. “We regret and do not sincerely understand the inflexible position taken by Austria,” he said.

Croatia was given the green light to become the 27th member of the bloc after tense talks between the bloc’s interior ministers in Brussels.

European Commissioner for Home Affairs Ylva Johansson said: “To the citizens of Croatia: you are welcome, congratulations.”

“It is a mistake that a system that is not working properly in so many places is being expanded at this point,” he said.

He added that Austria has recorded 100,000 illegal border crossings so far this year, including 75,000 people who were not previously registered in other Schengen countries as they should have been.

Accession needs the unanimous support of all members – the 22 EU countries plus Liechtenstein, Iceland, Norway and Switzerland.

The Netherlands has also opposed granting access to Bulgaria, citing concerns about corruption and immigration.

Migration has been a hot-button issue in Europe since 2015 when more than a million people arrived across the Mediterranean, most on smugglers’ boats, prompting the European Union to tighten its borders and asylum laws.

UN data shows that around 145,000 people have crossed the sea this year while more than 1,800 people have died trying to reach Europe’s shores, numbers far lower than in 2015.

But Frontex, the EU’s border police, said last month that 281,000 irregular entries were recorded across the bloc in the first 10 months of 2022, up 77 percent from the previous year and the highest since 2016.

With the Western Balkans route now more active, and the European Union taking in several million Ukrainians fleeing the Russian war, concerns about migration are back on the fore.