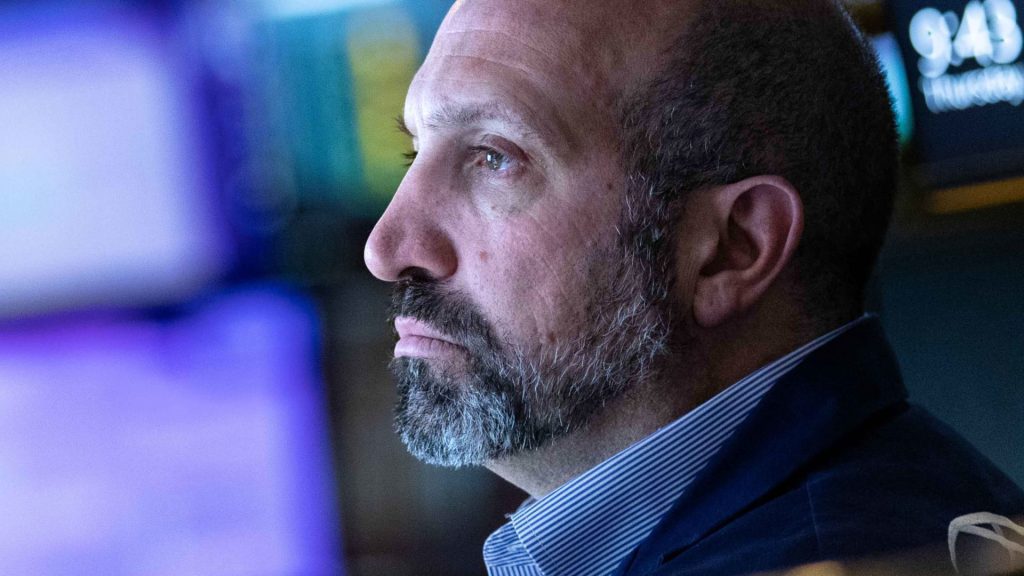 Traders on the floor of the New York Stock Exchange

Thursday brought another day of declines for the major indices. The S&P 500 fell 0.31%, and the Nasdaq Composite lost 0.35%.

But investors also had to consider comments from more than half a dozen Fed speakers at events around the country. Notably, St. Louis Federal Reserve Chairman James Bullard Thursday said that “The policy rate is not yet in an area that can be considered sufficiently restrictive.” He noted that the appropriate area for the federal funds rate could be in the 5% to 7% range, which is above market pricing.

Meanwhile, yields jumped in tandem, with the policy-sensitive two-year Treasury yield rising to 4.45%. The move worried investors, who feared that higher interest rates could lead to a recession.

Investors have responded to every new piece of economic data or any language in recent weeks that could indicate what the Fed will do next with regard to interest rates, said Shelby McFadden, investment analyst at Motley Fool Asset Management. In this case, she said, the comments on inflation led investors to think that the Fed didn’t think the economy had cooled enough.

“There has been a thirst for relief and a push and pull,” she said of the investor response in recent days. “But at the end of the day, it really just depends on whether this period of inflation becomes slower than rampant, and on what the Fed decides to do next.”

On Friday, investors will be watching existing home sales data for any indication of a calming economy. Boston Fed President Susan Collins will speak in the morning.