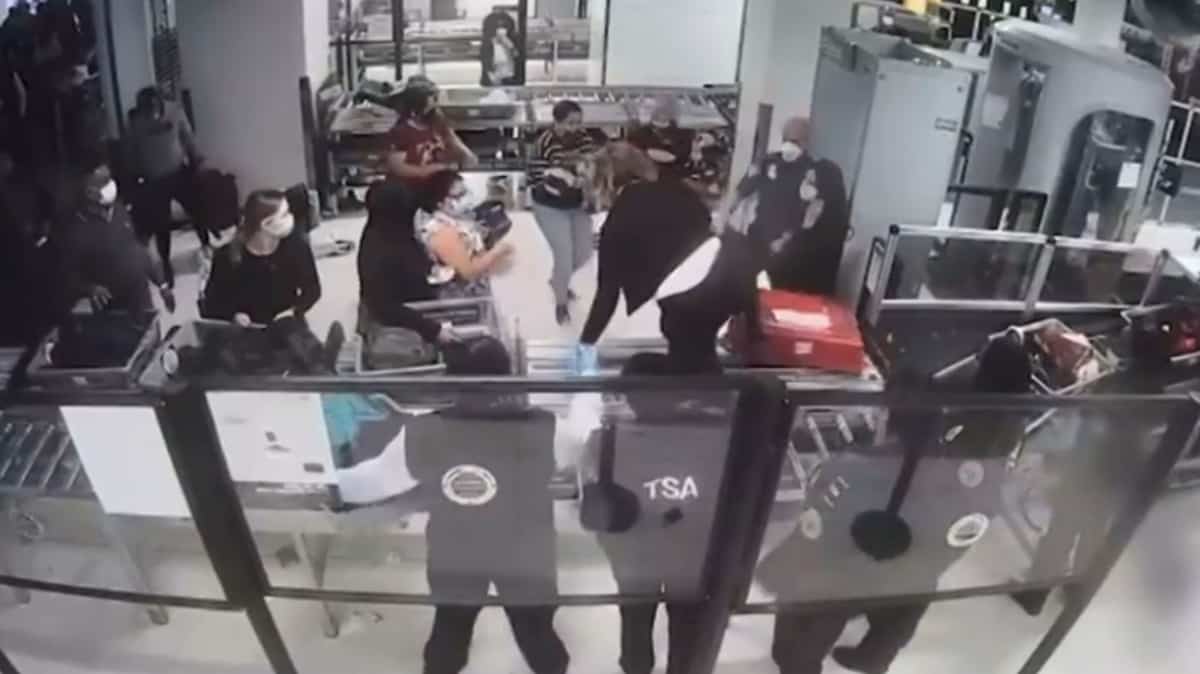 A two-month-old baby was rescued Thursday thanks to the swift action of a Traffic Safety Administration (DSA) officer at a New Jersey airport, avoiding a tragedy just days before Christmas.

A video released by the U.S. agency shows agent Cecilia Morales hesitating to go over the rugs of a checkpoint to manipulate Heimlich for a child with respiratory problems.

Preparing to go for safety checks, the boy’s mother realized that her baby was not breathing when she hugged him. Panicked, he called those nearby for help.

Officer Morales shouted instructions to the mother, the TSA said in a statement.

“She was so nervous, I knew the result would not be good if I did not go. I jumped over the treadmill rollers at the checkpoint and she gave me the baby,” said the paramedic, who trained as a paramedic.

During the second attempt to resuscitate, Officer Morales was able to stop the baby from breathing. The emergency came to give the baby oxygen.

“Agent Morales’ quick reaction and actions made this family a great vacation possible. His actions are encouraging,” said Thomas Carter, director of the Federal Security TSA in New Jersey.

Parked at the airport for two months, he said, “I saw the video later.” This was the first time I had seen myself in a life-saving action. It was breathtaking to watch. I felt that my training and my experience had gained the upper hand.