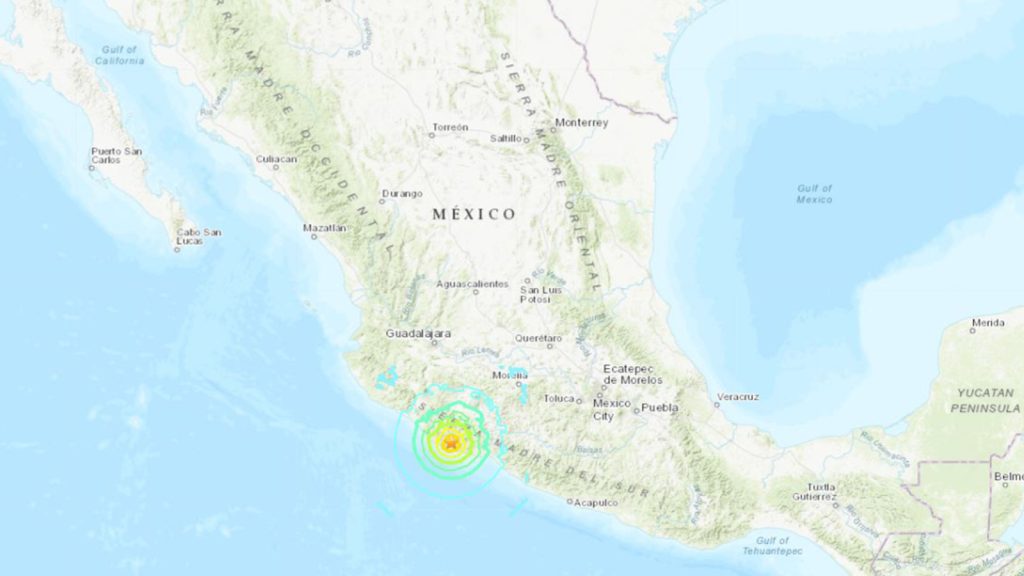 Mexico City – A powerful earthquake with an initial magnitude of 6.8 struck Mexico early Thursday morning, causing buildings to sway and killing at least one person in the capital.

Thursday’s quake, like Monday’s, had its epicenter in the western state of Michoacan near the Pacific coast, the US Geological Survey said. The epicenter was about 29 miles (46 kilometers) south-southwest of Aguililla, Michoacan, at a depth of about 15 miles (24.1 kilometers).

The Michoacan state government said the quake was felt throughout the state. It reported damage to a building in Uruapan and some landslides on the highway linking Michoacán and Guerrero to the coast.

President Andres Manuel Lopez Obrador said via Twitter that the quake was a follow-up to Monday’s quake and was also felt in the states of Colima, Jalisco and Guerrero.

Mexico City Mayor Claudia Sheinbaum said via Twitter that a woman died in a downtown neighborhood when she fell from the stairs of her home. Residents gathered in the streets as the earthquake alarm sounded.

Copyright © 2022 by The Associated Press. All rights reserved.