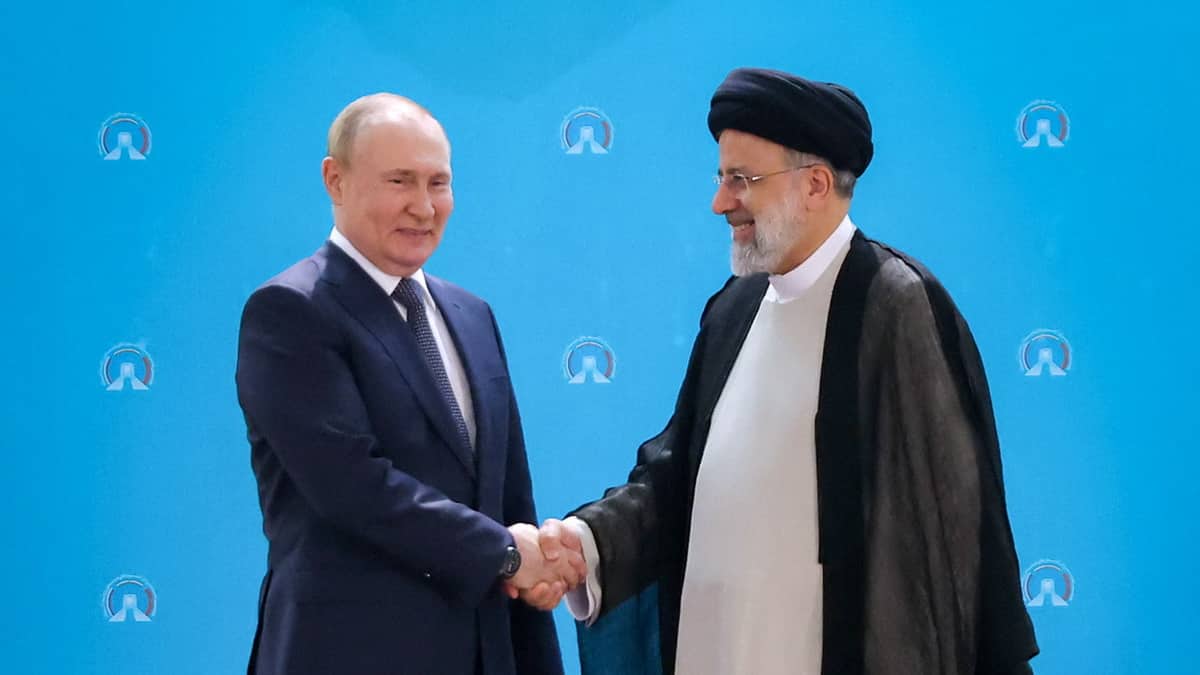 Both Iran and Russia have pledged to strengthen their longstanding cooperation under Western sanctions, particularly in the gas and oil sector, Tehran said during a meeting with Russian President Vladimir Putin in Tehran.

“The long-term cooperation between Iran and Russia is very beneficial for both countries (…). There are agreements and contracts between the two countries, including in the oil and gas sectors, which must be followed and fully implemented,” said a statement by Iranian Supreme Leader Ayatollah Ali Khamenei.

Russian President Vladimir Putin arrived in Tehran on Tuesday to discuss the conflict in Syria and the war in Ukraine with his Iranian and Turkish counterparts.

Asked about the export of grain from Ukraine through the Black Sea, the Russian president, who is making his second trip abroad since the invasion of Ukraine, spoke of progress and thanked Turkish counterpart Recep Tayyip Erdogan.

“I would like to thank you for your mediation efforts for providing Turkey as a platform for negotiations on food production issues, grain export via the Black Sea,” the Russian president said in a statement. From the Kremlin.

The heads of state also addressed terrorism and the war in Syria.

The Turkish president expects “their support” from Russia and Iran in the fight against terrorism, he said, citing the main Kurdish movements operating in northeastern Syria along the Turkish border.

According to an official statement, Mr. Khamenei reiterated.

However, the Supreme Leader assured Mr Erdogan that Iran would “cooperate” with Turkey in the “fight against terrorism”, stressing that “terrorists are not limited to a specific group”.

Turkey is seeking to create a 30-kilometer “safe zone” along Syria’s border and hopes to get a green light from Iran and Russia for a new armed intervention in the country’s northwest.

“It should be clear to all that separatist terrorist movements and their allies have no place in the region. “We will soon continue our fight against terrorist organizations,” the Turkish president warned.

“Terrorism (of Kurdish organizations) is a threat to all of us,” but “their withdrawal 30 km from our borders has not yet happened,” he continued, referring to an agreement signed with Washington and then Moscow in 2019.

The tripartite summit was held after Russia’s aggression against Ukraine began. Erdogan will meet Mr. Putin for the first time.

Turkey, a member of NATO, has tried to maintain contact with both countries and offered to mediate on several occasions.

On the other hand, experts believe that discussions between the Russians and Iranians may focus on the Iranian nuclear issue.

Russia is participating in talks between Iran and major powers that began a year ago to renew the 2015 international agreement on Iran’s nuclear program, allowing sanctions on the Islamic Republic to be lifted in exchange for restrictions on its nuclear activities. These discussions have been stalled since March.

On Saturday, in Saudi Arabia, Mr. Biden told an audience of Arab leaders that his country was “not going to pull back” from the Middle East, leaving a “vacuum that could be filled by China, Russia or Iran.”

The comments were condemned by Tehran, which Washington accused of fueling tensions in the region.