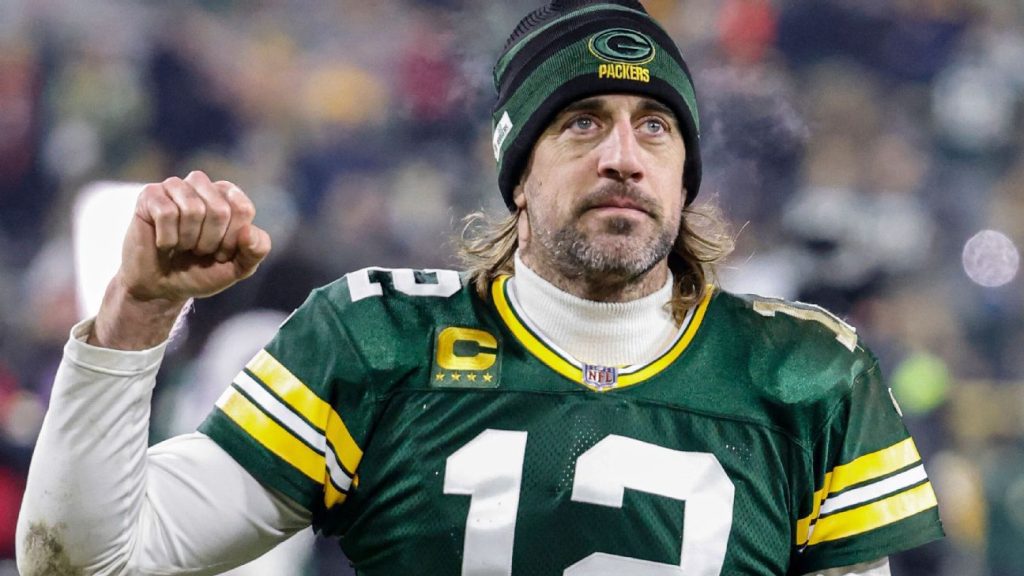 Aaron Rodgers He was not with the Green Bay Packers this week to start organized team activities, and coach Matt LaFleur said he’s not worried.

LaFleur left open the possibility of Rodgers participating in some online travel agency, but stressed that this was voluntary and was Rodgers’ choice to attend.

“I spoke to him for a while last night and it was great – just to show him where we are and go over a few, as we do every season,” LaFleur said. “There are always adjustments to what you do. But no, he’s in good spirits and it’s been a great conversation. But I wasn’t expecting to see him at least this week.”

Rodgers is expected to participate in the mandatory mini-camp from June 7-9; He has previously said on The Pat McAfee Show that he will be attending that session but may also come to Green Bay for a few OTAs.

“Aaron doesn’t need reps at this time of year,” Packers quarterback coach Tom Clements said last week. “Obviously it would be great to have him here, but he’s seen this stuff 1,000 times and will be ready to go when the training camp starts.”

The Packers OTAs opened on Monday and held their first session open to reporters on Tuesday. LaFleur said he spoke with Rodgers on Monday night and stated that the midfielder was “in good spirits”. He said they had talked about “crime adjustments” they had planned to implement this season.

Rodgers surprised the Packers by visiting Lambeau Field during the conditioning phase of the offseason last month, and even participated in some of those drills. He came to Wisconsin for a playoff game at the Milwaukee Bucks.

“He’ll be ready to go, and he’ll be eager to leave,” Clements said. “He’s in a different phase in his career now, taking care of himself and working on what he thinks he needs to work on physically. He looked good when I saw him, so he’ll be ready to go.”

Last year, Rodgers skipped the entire offseason program, including the mandatory junior camp, while considering his future with the Packers. This year’s absence comes in an entirely different context. Rodgers signed a three-year, $150 million contract extension in March.