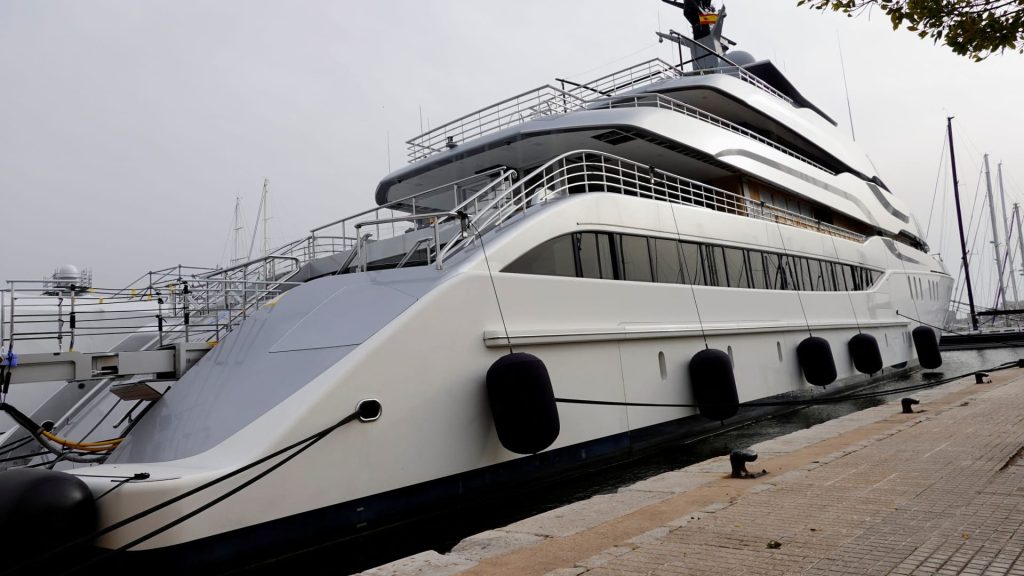 The yacht named “Tango” owned by Russian billionaire Viktor Vekselberg, which was sanctioned by the United States on March 11, is seen at the Palma de Mallorca Yacht Club on the Spanish island of Mallorca, on March 15, 2022.

US authorities have charged Russian oligarch Viktor Vekselberg with conspiracy to commit bank fraud and money laundering as his mega yacht was seized in Spain on Monday.

Vekselberg, who was born in Ukraine but founded the Russian giant Renova group, had his yacht named Tango watched by Spanish investigators after the United States and its Western allies imposed sanctions on him.

The Department of Justice said the Tango is over 250 feet long and believed to be worth $90 million. Vekselberg was among a group of oligarchs who were sanctioned by the administration of former President Donald Trump in 2018. Forbes estimates his net worth is just under $6 billion.

Vekselberg yacht is the latest asset owned by a Russian ruling regime to be seized after Invasion of Ukraine. The United States and its allies tried to pressure the Russian elite as part of their efforts to punish Moscow for the war.

new note To seize the yacht, signed by an FBI representative, gives a glimpse into allegations that Vekselberg conspired to commit bank fraud and money laundering. The FBI accused Vekselberg of using these tactics to hide his ownership in Tango.

A representative for Vekselberg did not respond to a request for comment.

The arrest warrant alleged that “Vekselberg caused payments to TANGO to be made through several shell companies in order to prevent US financial institutions from accurately executing KYC. [Know Your Customer] In order to avoid submitting SAR . reports [Suspicious Activity Reports] relating to his financial dealings.

The FBI memo said the alleged scheme was linked to a network of unknown companies that had a financial interest in Vekselberg’s yacht. Many of these small businesses belong to the Russian billionaire, the office said.

The FBI added that the alleged scheme has been going on since 2011.

According to the order, the yacht is owned by a company called Arinter. The FBI said one of the company’s regulatory directors, RE.AM Management Limited, has a sister company in Russia with an identical name that has a direct relationship to Vekselberg’s, Renova.

Arinter’s directors are citizens of Panama who are also employees of a company known as Lamesa Transport LLC, according to the memo. The FBI said the LLC “appears to be a subsidiary of other shell companies owned or controlled by Vickselberg.”

“This complex management and owner structure appears intended to obfuscate Vekselberg’s connection to TANGO, in order to isolate the vessel from inquiries about payments made on its behalf,” the office claimed.

See also  Joe Biden tripped on the stairs. This happened then