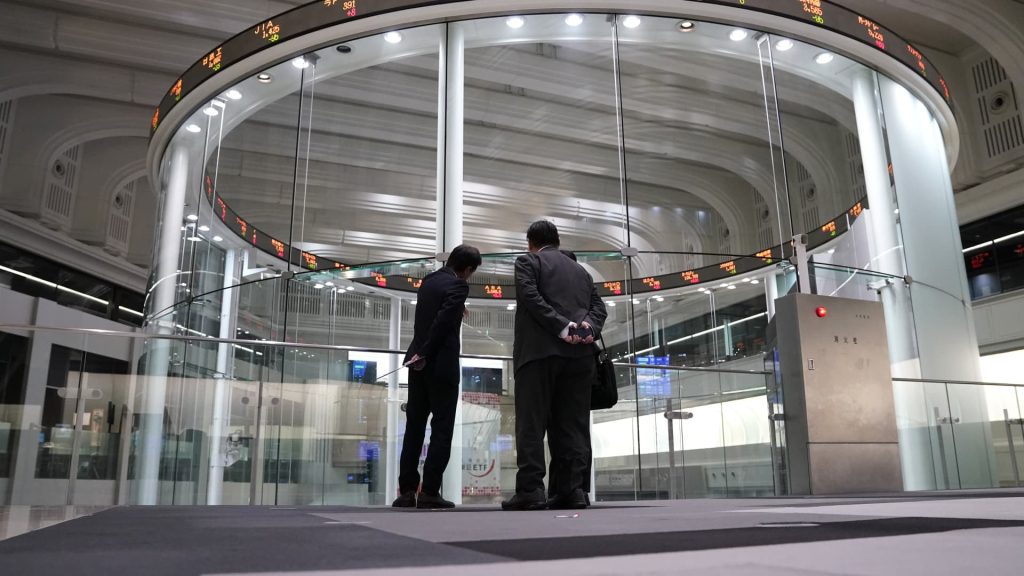 Visitors stand in front of an electronic bar at the Tokyo Stock Exchange (TSE), operated by the Japan Exchange Group Inc. (JPX), in Tokyo, Japan, on Monday, November 30, 2020.

Most stocks in the Asia-Pacific region fell on Monday as worries about Fed hikes returned, but Chinese markets rose after China lowered lending rates.

Elsewhere in Asia, Hong Kong Hang Seng Index It was down 0.6% in the last hour of trading.

“Fed speakers have recently been emphasizing the message that more rate hikes are coming as the fight against inflation has not yet been won,” Rodrigo Cattrell, a currency analyst at National Australia Bank, wrote in a note on Monday.

Investors are looking forward to the Federal Reserve’s annual Jackson Hole Economic Symposium, which begins Thursday in the United States.