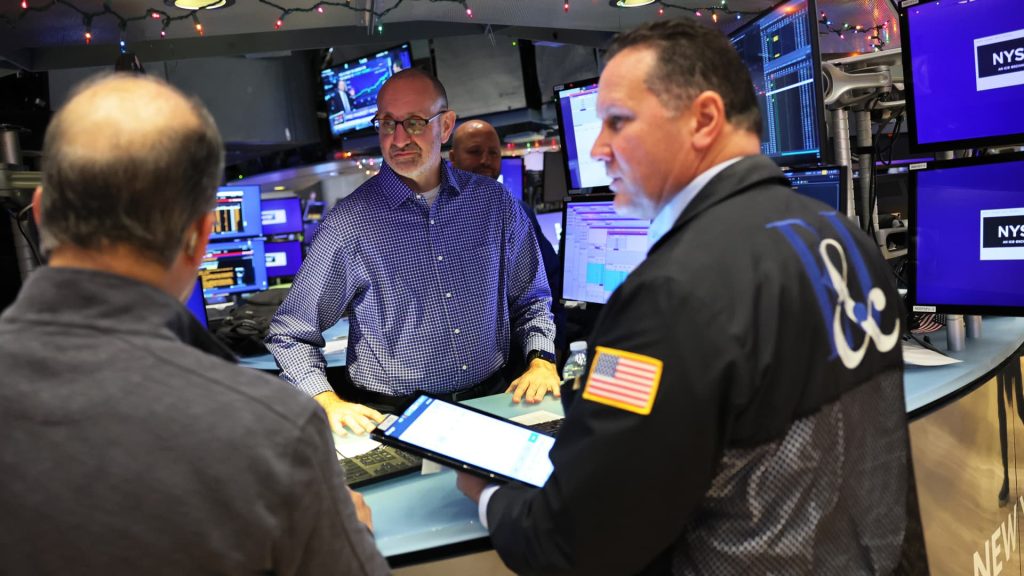 The S&P 500 traded slightly lower, down for the fifth day in a row. The Dow Jones Industrial Average was last trading up 61 points, or 0.18%, while the Nasdaq Composite was down 0.7%.

Investors were losing hope that the Fed would be able to engineer a so-called soft landing that successfully mitigate inflation through higher rates and also avoid a recession. Instead, concerns revolve around the state of the economy and the possibility of a recession in 2023.

“All in all, financial indicators point to a looming recession,” Azhar Iqbal of Wells Fargo wrote in a note to clients on Wednesday. “The S&P 500 has peaked before recessions with an average lead time of four months over the past few business cycles. Given the inverted yield curve, it is clear that markets are preparing for a recession in 2023.”

Investors are waiting for more economic data this week to get clues about what to expect from the Federal Reserve.