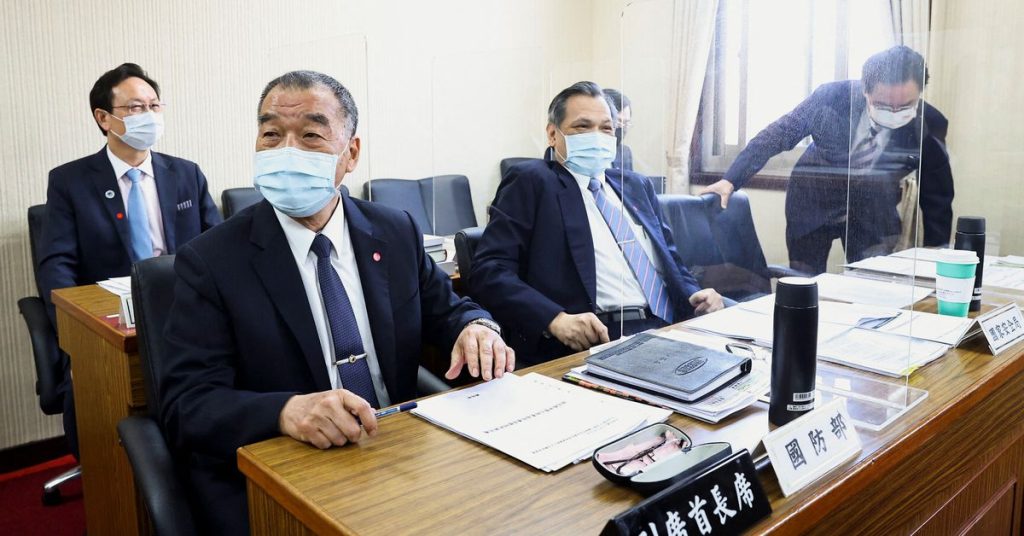 TAIPEI (Reuters) – No matter who wins a future war between Taiwan and China, Taiwan’s Defense Minister Chiu Kuo-cheng said on Thursday that it would be a “miserable victory,” adding that it was best for everyone to avoid conflict.

Speaking to reporters before the parliament session on the security repercussions of Russia’s invasion of Ukraine, Qiu said the two sides would pay a heavy price in the event of a conflict between China and Taiwan, which Beijing has vowed to restore, by force if necessary.

“If there was a war, frankly, everyone would be miserable, even for the victors,” he said.

“One really needs to think carefully about this,” Qiu added. “Everyone should avoid wars.”

While Taiwan has raised its alert level since the war in Ukraine, it has not reported any unusual Chinese military activities, although the Chinese Air Force has continued to conduct occasional missions in the Taiwan Air Defense Identification Zone.

“We are quietly watching the changes and we are ready for it,” Qiu said of China.

China is too busy ensuring stability so that a major Communist Party congress at the end of the year can suddenly escalate tensions with Taiwan, Taiwan’s mainland affairs council said Wednesday in a report to the parliament session. Read more

Taiwanese military strategists have been studying Russia’s invasion of Ukraine, and the country’s resistance, for the island’s battle strategy in case of war with its giant neighbor China. Read more

“Ukraine, under conditions unfavorable to an enemy larger than itself, has effectively delayed the combat activities of the Russian army,” the Defense Ministry said in a separate report to Thursday’s hearing.

The ministry added that Taiwan’s military was “referring” to Ukraine’s experience in being able to benefit from fighting on its homeland, and had already incorporated “asymmetric warfare” into its planning.

Chiu said the Ukraine crisis has given Taiwan “many lessons” and Taiwan is making preparations accordingly.

“We must defend our country,” he added when asked by a lawmaker whether Taiwan could count on foreign help in a war with China.

“In my opinion, the Taiwan Strait was not a safe place at all.”

China refused to hold discussions with Tsai, cutting off the dialogue mechanism set up under President Ma Ying-jeou’s administration for the 2008-2016 period, which could increase the risk of miscalculation if tensions escalate significantly.

Director-General of the National Security Bureau Chen Mingtong told lawmakers that in his previous job as head of the Mainland Affairs Council he had a “hotline” to China on his desk.

The cable is still there and has not been untied.”