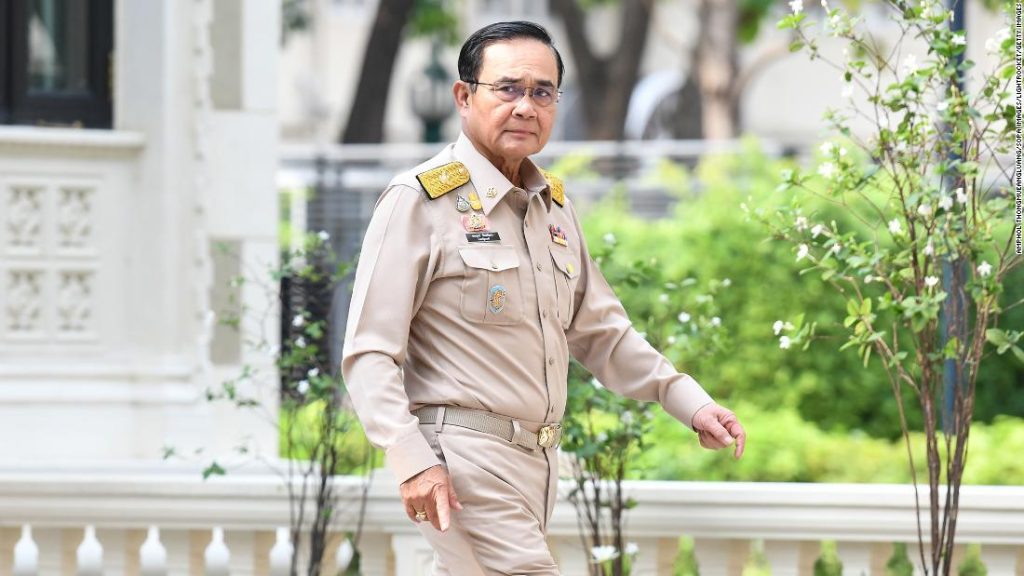 The unusual cabinet reshuffle follows a ruling by Thailand’s Constitutional Court on Wednesday in which it ordered Prayut to stand aside while it considers whether he has violated the eight-year period specified in the constitution.

Prayuth became prime minister after a military coup in 2014 before winning a controversial election general elections in 2019.

Meanwhile, he ordered the kingdom’s constitution to be rewritten, and banned the prime minister from serving more than eight years in office. But the question now is whether Prayuth has breached his own limits.

Earlier this week, the court accepted a petition signed by 172 opposition lawmakers alleging that Prayuth’s rule began in 2014, when he took power in a coup. The court is also likely to consider whether his term officially began in 2017, when the constitution was rewritten, or even in 2019, after the election.

Five of the nine constitutional court judges on Wednesday agreed that Prayuth should be suspended while the court is considering the matter, but did not provide a timetable for the ruling. The court gave Prayuth 15 days to file a counter-statement about why he kept the job, once he formally received the court papers.

Prayuth’s office said in a statement it respected the court’s decision.

The statement said the order “will not affect the administration of the nation, the work done by civil servants, or ongoing government policies.”

Who is responsible now?

Government Spokesman Anocha Purapacheri told reporters on Wednesday that Deputy Prime Minister Prawit Wongsuwan will step in as Prime Minister while the court contemplates its final verdict. Prawit himself is a former army chief and a longtime supporter of the Thai monarchy.

New elections are due by May next year under the constitution, but the incumbent prime minister still has the power to call early elections by dissolving the elected House of Representatives.

Thetinan Pongsudirak, a professor at Bangkok’s Chulalongkorn University, said Prayut had escaped four votes of no-confidence in the past months, and appeared ready to cling to power until the elections.

But critics say it is time for him to go.

“There has been some economic mismanagement, and politics is still polarized, because over the past eight years since he became prime minister – or since he was named prime minister – Thailand has not done well,” Thetinan said.

While the youth-led protests appeared to have fizzled out recently, he said this was because some of the movement’s leaders had quelled. They were sued Complaints from the Prayuth government remain.

Why is Prayuth unpopular?

The former military leader came to power in a bloodless coup in 2014 that toppled him Yingluck ShinawatraScandal-burdened government after six months of civil unrest and violent street protests.
But shortly after taking power, Prayuth banned all political campaigns including political gatherings of more than five people. during his driving, Hundreds of activists have been arrested and charged under strict laws such as sedition or The defect in the possessive self – which prohibits criticism of the royal family.
In 2020, young people across the country defied threats from the military-backed government to take to the streets and demand Prayuth’s resignation. The mass protests Stemming from failed promises to restore democracy, and what activists say is a repression of civil rights and liberties.
Mismanagement of the military government in dealing with Corona virus pandemic The economy, nepotism, and a lack of transparency and accountability have also compounded calls for Prayuth to step down.

Resentment of the military government and the kingdom’s monarchy continued until 2021.

King Maha Vajiralongkorn, who took the throne in 2016 and was crowned in May 2019, is believed to spend most of his time abroad and has been largely absent from public life in Thailand As the country has been struggling with the coronavirus pandemic.

Since becoming king, billions of dollars in assets held by the Thai crown have been transferred to Vajiralongkorn, confirming his control over royal finances and dramatically increasing his personal wealth, angering the public demanding respect for the monarchy.