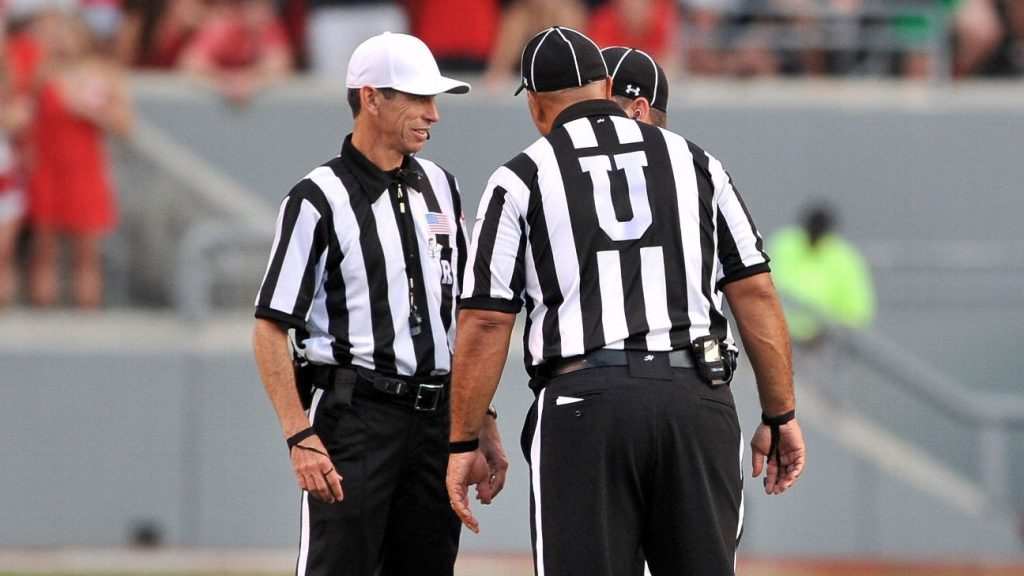 The NCAA Football Rules Committee announced Friday that the proposed rule change would allow conferences to resume target fouls called in the second half of games in order to avoid the relay penalty of being out in the first half of the next game.

The committee, which began meeting on Wednesday, proposed a reporting and investigation process to deal with teams who were given an injury reprieve when a player faked the injury. If the Rules of Play Oversight Committee approves the rule changes at its meeting on April 20, the new rules will go into effect this season.

If the team believes the targeting call was false, its conference will be allowed to submit a request to Steve Shaw, the NCAA’s national coordinator for officials, for review. If it is clear that the player has been incorrectly penalized, the call will be canceled and the player will be acquitted in the first half of the next match.

“If last year was any indication, it would be just a few calls,” Shaw said, “but even if it’s only a few, if a student-athlete has to sit in a match in a situation where he was wrong, we should correct that if we can.”

Each targeting error is actually reviewed by replay, and since there are no “situations”, administrators have to either confirm or reverse all aspects of the targeting error. The average for the sport currently targets one foul every five games, Shaw said.

“It’s not every coach is upset about their man being fired,” said Stanford coach David Shaw, chair of the NCAA Football Laws Committee. “This is really a process to make sure we get it right. That’s been the driving force we’ve had over the last couple of years when it comes to targeting, and it’s really making sure that we get it right, that we have appropriate sanctions for those that are targeting, but also mechanisms to make sure we see all the targeting indicators and giving ourselves the opportunity to correct a potential mistake.”

See also  MLB All-Star Game: Aaron Judge leads all novices such as the Yankees, Blue Jays and Dodgers each with rookies

Steve Shaw said the rules committee spent more time talking about player injury “than any other issue in our game.” Currently, during the injury period, the respective player has to sit down to play once.

The group considered several in-game solutions, including lengthening the amount of time an injured player must waste after a timeout, but was unable to come up with a “completely adequate” solution. Instead, the proposed rule would give the school or conference the ability to contact Shaw to facilitate video review. Any penalties imposed are up to the conference office or school concerned.

The committee also proposed a rule that would allow the area below the waist to be blocked only by straight men and a firm back inside the tackle box. Steve Shaw said it was “a great change for player safety.”

“We can see from our injury data that when we made changes and decreased blocking below the waist, especially in the open field, we reduced injuries to the knee and lower body,” Shaw said. “We love the trend, so we’re making a pretty big change this year to caulk below the waist.”