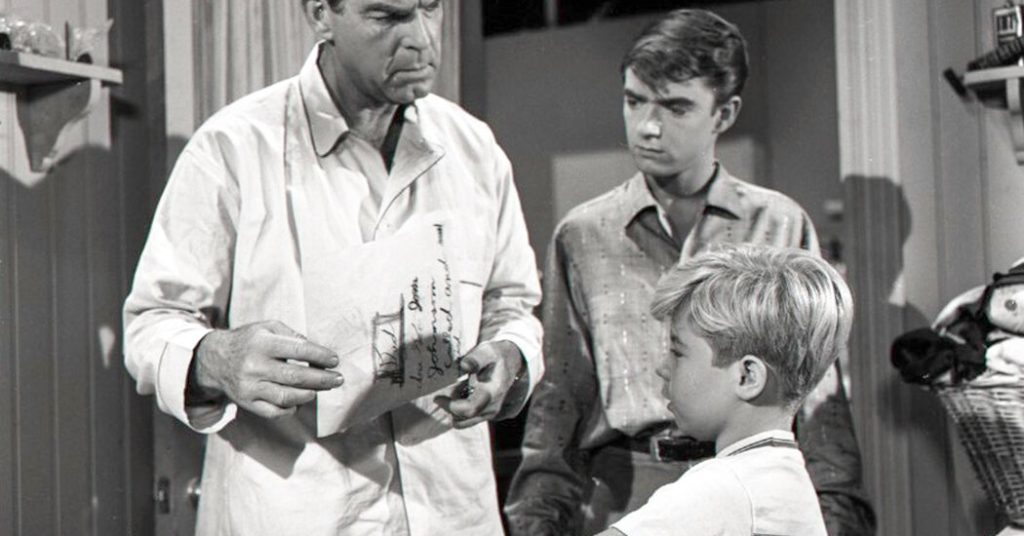 It premiered on ABC in 1960 and ran, moving to CBS until 1972. But Mr. Considine withdrew in 1965; His character married his girlfriend, played by Meredith McCray, and they moved away. (To fill his shoes, somewhat, the family adopted a neighborhood boy, Ernie Thompson, played by Barry Livingston, the younger brother of real-life Stanley.)

Timothy Daniel Considine was born on December 31, 1940 in Los Angeles. His father, John W. Considine Jr., was a producer whose films included “Broadway Melody in 1936”, “Boys Town” (1938), and “Young Tom Edison” (1940). His mother, Carmen (Pantages) Considine, was a daughter Alexander PantagesFounder of the vaudeville series and movie theatre.

His paternal grandfather, John Considine Sr., was Pantages’ biggest rival. His uncle was a columnist and author Bob Considine.

Like Timmie Considine, he made his film debut at the age of 12 in “the clown(1953), Red Skelton’s revisiting of the 1930s sentimental drama “The Champ,” which starred Wallace Berry and 9-year-old Jackie Cooper. The Times review He described Timmy as “sad, serious, and appropriately manly” as the son of a washed-up alcoholic comedian.

This was followed by television guest ads, from “Ford’s Television Theatre” to “Rin Tin Tin” and four films. Then Disney came along and brought him a decade of success and popularity, which included playing the Revolutionary War hero’s nephew in “The Swamp Fox” (1957-60), with Leslie Nielsen, and Franklin D. Roosevelt’s teenage son in the film. “Sunrise at Campobello” (1960) with Ralph Bellamy.

After leaving My Three Sons, Mr. Considine made six television guest appearances in five years and had an unforgettable scene—playing a character credited with the nickname of a soldier who spanks—with George C. Scott in Patton (1970).

See also  Marni Schulenberg, 'As the World Turns' and 'One Life to Live' actress, dies at 37

He would act less for the next 50 years, appearing on screen once or twice every decade and playing his last role as a judge with a gray beard in the thriller “ray of sunshine(2006).