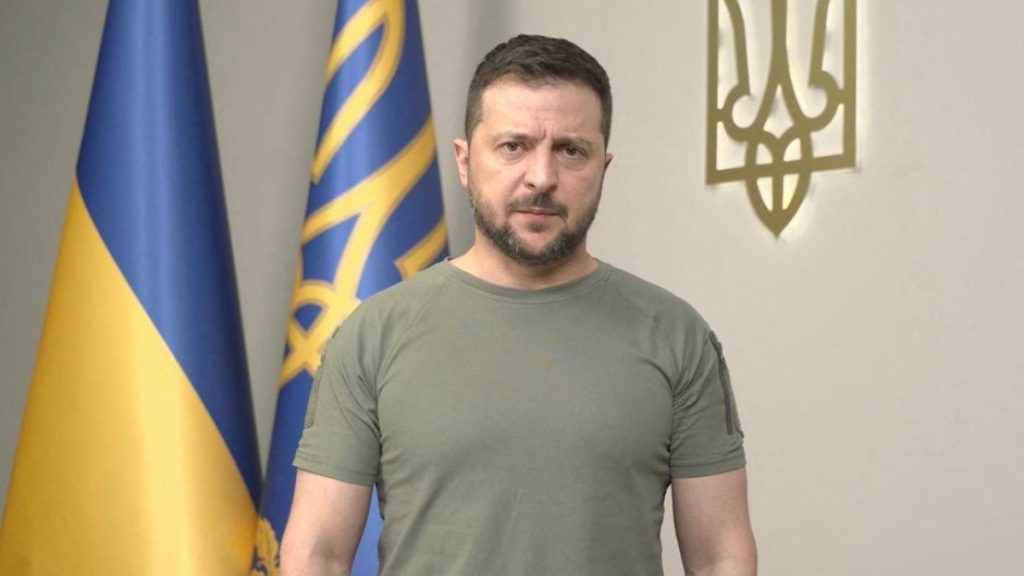 Ukrainian President Volodymyr Zelensky said that the accreditation of the Iranian ambassador will be revoked and the number of Iranian diplomatic staff in Kyiv will be reduced as a result of Russian forces using Iranian drones to attack Ukraine.

In a video address on Friday evening, Zelensky said that Ukrainian forces have shot down a total of eight Iranian-made drones in the conflict so far.

Today, the Russian army has used Iranian drones in its attacks on the Dnipropetrovsk region and Odessa. “I have instructed the Ministry of Foreign Affairs to respond forcefully to this fact,” Zelensky said in his speech.

Six of these Iranian planes were shot down by our air defenses to the eastern and southern orders. Another one brought to Earth by the Navy’s air defenses…. And now I am being told about the air defenses shooting down the Southern Command of another Iranian drone strike.”

“In response to such an unfriendly act, the Ukrainian side decided to deprive the ambassador of Iran of his accreditation and also significantly reduce the number of diplomatic staff at the Iranian embassy in Kyiv,” he said.

Iran denied allegations by Kyiv and Washington that it provided Russia with drones, and officials in Tehran said earlier that Iran would not help either side in the war because it supports its decision through dialogue.

Oleg Nikolenko, a spokesman for the Ukrainian Foreign Ministry, said in a tweet on Saturday that in response to the arms supply to Russia, “we announced the cancellation of the accreditation of the Iranian ambassador in Kyiv, and the withdrawal of a large number of diplomatic staff from the Iranian embassy.”

In response to Iran’s supplying Russia with weapons for use in its war against Ukraine, we announced today the cancellation of the Iranian ambassador’s accreditation in Kyiv, and the withdrawal of a large number of diplomatic staff from the Iranian embassy.

The Ukrainian Foreign Ministry said earlier that “the temporary charge d’affaires of the Islamic Republic of Iran in Ukraine” has been summoned over the issue, AFP reported.

See also  The ruble is 'devastated' as Russia slides into default

A ministry statement said the envoy was told that Russia’s supply of Iranian weapons “directly contradicts the position of neutrality and respect for Ukraine’s sovereignty and territorial integrity” and that it is an “unfriendly act that deals a serious blow to relations between Ukraine and Iran.” .

The military authorities of southern Ukraine said in a statement that they had shot down four Shahed-136 “Kamikaze” drones over the sea near the port of Odessa.

The Air Force said separately that it had for the first time shot down the Mohajer-6, a larger Iranian drone, Okranska Pravda newspaper reported.

Britain’s Ministry of Defense earlier this week backed a Ukrainian claim that Ukrainian forces likely shot down an Iranian-made drone that was being used by Russia.

In an update to military intelligence on Wednesday, the ministry said it was “highly likely” that Russia deployed Iranian-made drones in the seven-month war in Ukraine.