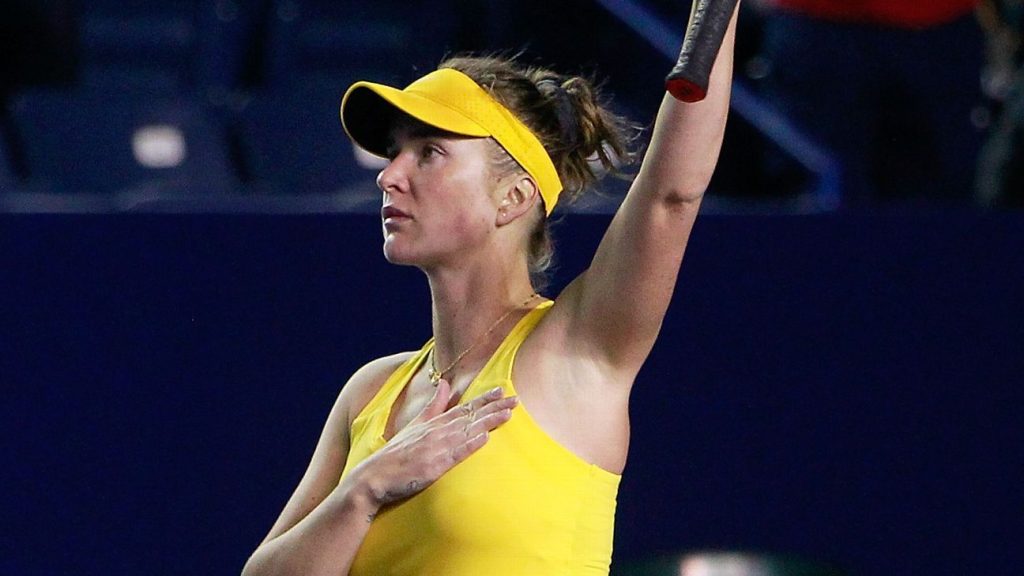 Mexico City – Elina Svitolina Wear the yellow and blue colors of Ukraine and attack Anastasia Potapova From Russia 6-2 6-1 on Tuesday in the opening round of the Monterrey Open, she decided she could do more for her country by playing rather than boycotting the match.

Top seed Svitolina said earlier that she would not play Potapova in Mexico or any Russian or Belarusian opponent until the International Tennis Federation and the men’s and women’s tennis tours banned competitors from those countries from using any national symbols, flags or anthems.

Tennis governing bodies issued a statement on Tuesday confirming that Russian and Belarusian players will still be allowed to play at the top level, but without the national flags.

“I was focused. I was on a mission for my country. From the start, it was important to be prepared for whatever came my way.”

“All the prize money I will win will be for the Ukrainian army,” said Svitolina, who won this tournament in 2020.

Svitolina, who broke in the first and third games en route to a lopsided win over Potapova in 64 minutes, will play against Victoria Tomova In the second round.

Russia’s invasion of Ukraine entered its sixth day on Tuesday, with a massive convoy of Russian tanks and armored vehicles on the road to the capital, Kyiv, and fighting intensified there and in other big cities.

In her social media post on Monday, Svitolina said her goal is to ask tennis to follow in the IOC’s footsteps and insist that players from Russia and Belarus who have been identified as “neutral athletes” are not against individual competitors.

“I don’t blame any of the Russian athletes,” Svitolina wrote. “They are not responsible for the invasion of our motherland.”

Also on Tuesday, Ukrainian Dayana Yastremska beat Romania’s Anna Bogdan 3-6 7-6 (7) 7-6 (7) in her opening match at the Lyon Open in France.

Yastremska’s match came just four days after she fled her homeland, arriving in Romania by boat before reaching Lyon by Saturday. She wrote in an Instagram post that she spent two days in an underground parking garage while Russian forces were advancing before leaving Ukraine.

“I am happy that I won for my country, but at the same time I am very sad,” Yastremska, 21, said after her victory on Tuesday. “My heart stays at home, my mind is fighting here, so it’s very hard to find focus, to find balance.

“This victory, compared to what is happening in my country, is nothing. But I am happy, at least, I am also fighting for my country. I am really proud of the Ukrainians and they are really champions. I hope that everything will be over soon. “