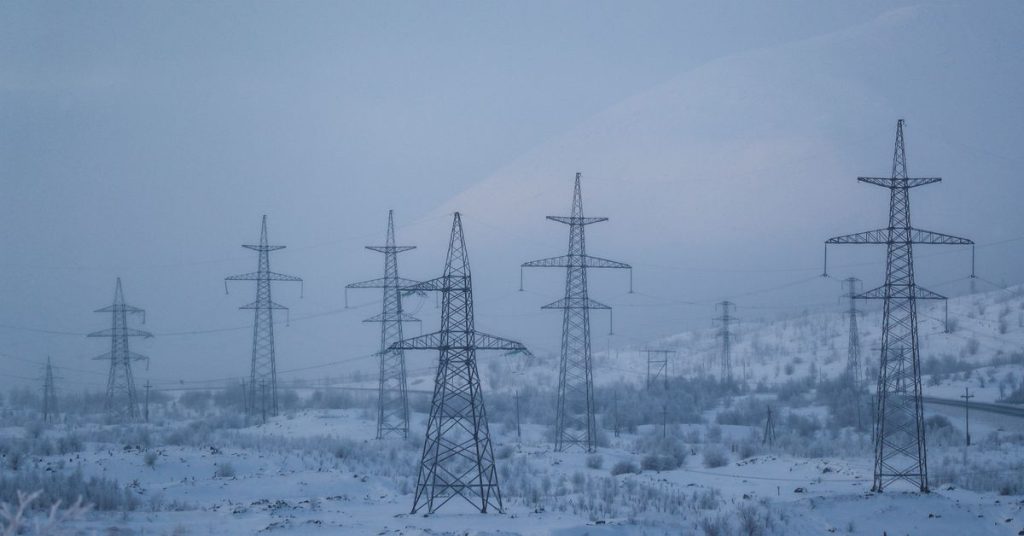 Power transmission lines on a cold day outside the town of Monchegorsk in the Murmansk region, Russia, October 31, 2019. REUTERS/Maxim Shemetov

WASHINGTON (Reuters) – A Ukrainian cyber guerrilla group is planning to launch digital sabotage attacks on vital Russian infrastructure such as railways and the power grid to retaliate against Moscow for its invasion, the coordinator of a hacker team told Reuters.

On Monday, Aushev said he plans to organize hacking attacks that would disrupt any infrastructure that helps bring Russian troops and weapons into his country.

“Everything could stop the war,” he told Reuters. The goal is to make it impossible to bring these weapons into our country.”

Aushev said his group has already taken down or defaced dozens of Russian government and banking websites, sometimes replacing content with violent images from the war. He declined to provide specific examples, saying that would make it easier for the Russians to track down his group.

Russia describes its actions in Ukraine as a “special operation” that it says is designed not to occupy territory but to destroy its southern neighbor’s military capabilities and arrest what it considers dangerous nationalists.

A Ukrainian defense attache in Washington declined to comment on Aushev’s group or its relationship to the Defense Ministry. Aushev said his group has so far grown to more than 1,000 Ukrainian and foreign volunteers.

The group had already coordinated with a foreign hacking organization that carried out an attack on a railway system.

After news of the formation of Aushev’s team spread, Belarusian Cyber ​​Partisans, a Belarus-focused hacking team, volunteered to attack Belarusian railways because they said they were being used to transport Russian soldiers.

A spokeswoman for Cyber ​​Partisans told Reuters on Monday that the group carried out the attacks and confirmed that her organization was now working with the Auchive group.

Because her group has brought down the reservation system, the spokeswoman said, travelers can only travel by purchasing paper tickets themselves. She sent Reuters a photo of a handwritten paper ticket issued on Monday.

“We fully support the Ukrainians,” she said. “They are now fighting not only for their freedom, but for ours as well. Without an independent Ukraine, Belarus would have no chance.”

Reuters was unable to confirm the attacks on Belarus’ railways. The company’s reservation site was down on Tuesday afternoon. A railway spokesman did not respond to a request for comment.

Officials at the Russian Embassy in Washington did not immediately respond to a request for comment.

Besides responding to Moscow, Aushev said his team will help the Ukrainian military track down secret Russian units invading cities and towns.

He said his group had discovered a way to use cellphone tracking technology to locate and locate secret Russian military units moving around the country, but he declined to elaborate.

Over the past week, several Russian government websites have been publicly cut down by reports of distributed denial of service (DDoS) attacks, including an attack on President Vladimir Putin’s office.