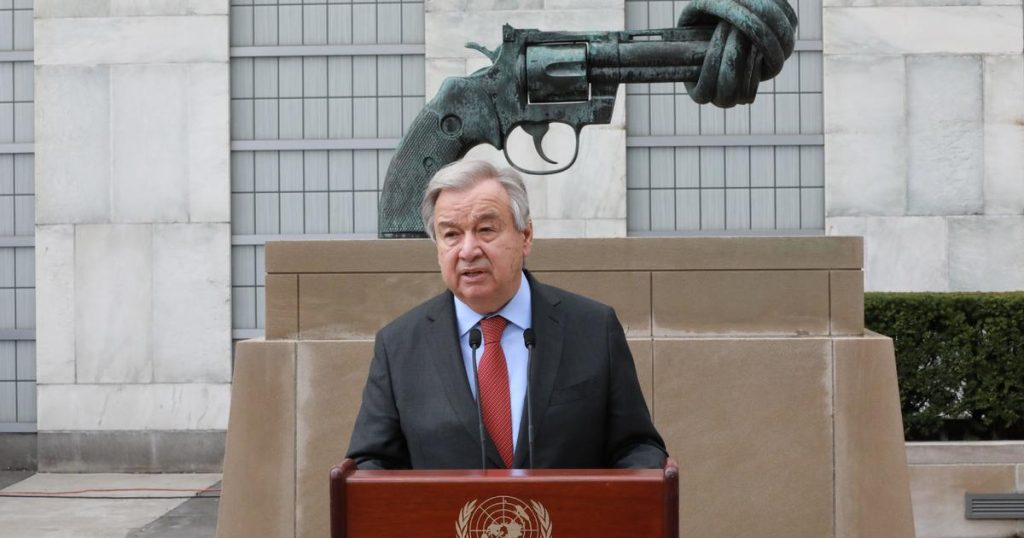 United nations After failing to persuade Russian President Vladimir Putin to stop his war in Ukraine by sending envoyOn Monday, UN Secretary-General Antonio Guterres went to meet Putin in person. The UN chief is due to arrive in Moscow on Tuesday after visiting Ankara for the first time, with the government leading pressure for a ceasefire.

Guterres is then due to travel from Moscow to Kyiv to meet Ukrainian President Volodymyr Zelensky, who has criticized Guterres’ decision to visit Moscow first because Russian bombing of Ukrainian cities It continues to cause heavy civilian casualties.

“It is simply wrong to go first to Russia and then to Ukraine,” Zelensky told reporters in Kyiv on Saturday. “There is no justice or logic in this arrangement.”

“The war is in Ukraine, and there are no corpses on the streets of Moscow. It would be logical to go first to Ukraine, to see the people there, the consequences of the occupation,” he said.

Deputy head of Zelensky’s office, Igor Zhovkva, said on Sunday Meet the pressThe Secretary-General is ‘not really authorized’ to speak on behalf of the Ukrainian government.

The merits of Guterres’ itinerary will likely be judged on Putin’s response to the Secretary-General’s request for an immediate ceasefire in Ukraine.

“The Secretary-General said that at this time of great risk and as a result, he would like to discuss urgent steps to bring peace to Ukraine,” his spokesman, Stephane Dujarric, told reporters in New York ahead of the trip.

On his way to Moscow, Guterres will first visit Turkey and meet with President Recep Tayyip Erdogan. He travels to Kyiv on Thursday to meet Zelensky and Foreign Minister Dmytro Kuleba.

The Secretary-General of the United Nations will be in Kyiv in three days visit before US Secretary of State Anthony Blinken and Defense Secretary Lloyd Austin, who came promising hundreds of millions of dollars in additional military aid.

Blinken said Monday that he had spoken with Guterres and that he understood that the UN chief would send a “very strong message” to Putin about the need to end the war, implement an immediate ceasefire and open corridors to let aid and civilians in. besieged cities.

Before Guterres’ visit to Ankara, the Ukrainian president said that “it was important phone conversation With Erdogan, in which he stressed the need for the immediate evacuation of civilians from Mariupol.

Turkish media said, on Sunday, that Erdogan reiterated his country’s support for negotiations to end the war, and said that Turkey would welcome the position of a “guarantor” in any peace agreement.