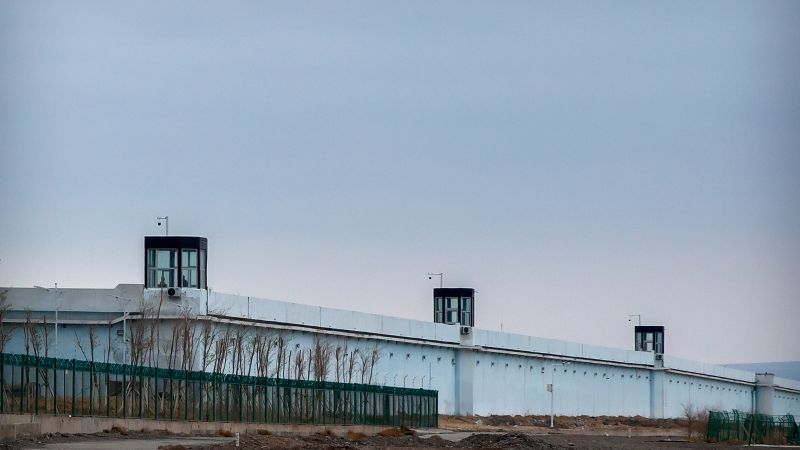 The United Nations Human Rights Council on Thursday voted against a Western-led proposal for a discussion on China’s alleged human rights abuses against Uighurs and other Muslims in the Xinjiang In a victory for Beijing as it seeks to avoid further scrutiny.

The defeat – 19 against, 17 against, 11 abstentions – is only the second time in the council’s 16-year history that a proposal has been rejected, and is seen by observers as a setback for both accountability efforts and the West’s moral authority on human rights. and the credibility of the United Nations itself.

United State , Canada Britain was among the countries that made the proposal.

“This is a disaster,” said Dolkun Isa, president of the World Uyghur Congress, whose mother died in a camp and her two brothers lost.

He added: “We will never give up, but we are really disappointed with the reactions of Islamic countries.”

Qatar, Indonesia, United Arab Emirates and Pakistan He rejected the proposal, citing the risk of alienating China. Phil Lynch, director of the International Service for Human Rights, described the vote’s record as “shameful” on Twitter.

China’s envoy had warned before the vote that the proposal would create a precedent for examining human rights records in other countries.

Today China is targeted. “Any other developing country will be targeted tomorrow,” Qin Shuo said, adding that the discussion would lead to “new confrontations.”

The United Nations Human Rights Office on August 31 released a long-awaited report that found serious human rights abuses in Xinjiang that may constitute crimes against humanity, increasing pressure on China.

Rights groups accuse Beijing of committing abuses against the Uyghurs, a Muslim ethnic minority of about 10 million people in the western region of Xinjiang, including the mass use of forced labor in internment camps. The United States accuses China of genocide. Beijing strongly denies any violations.

The proposal is the first time that the rights record of China, a powerful permanent member of the Security Council, has been on the council’s agenda. The provision caused divisions and a diplomat said countries were under “tremendous pressure” from Beijing to support China.

Countries such as Britain, the United States and Germany pledged to continue working for accountability despite Thursday’s result.

But activists said defeating such a limited proposal, which fell short of pursuing an investigation, would make it difficult to put it back on the agenda.

That was a “serious miscalculation,” Mark Lemon of Universal Rights Group said, pointing to the timing that coincides with a proposal to lead West to act on Russia.

“It is a serious blow to the council’s credibility and a clear victory for China,” he said. “Many developing countries will view it as an adjustment away from Western hegemony in the UN human rights system.”

The event has raised political dilemmas for many poorer nations on the 47-member council who are loath to openly challenge China for fear of jeopardizing investment.

Others may have wanted to avoid future scrutiny themselves.