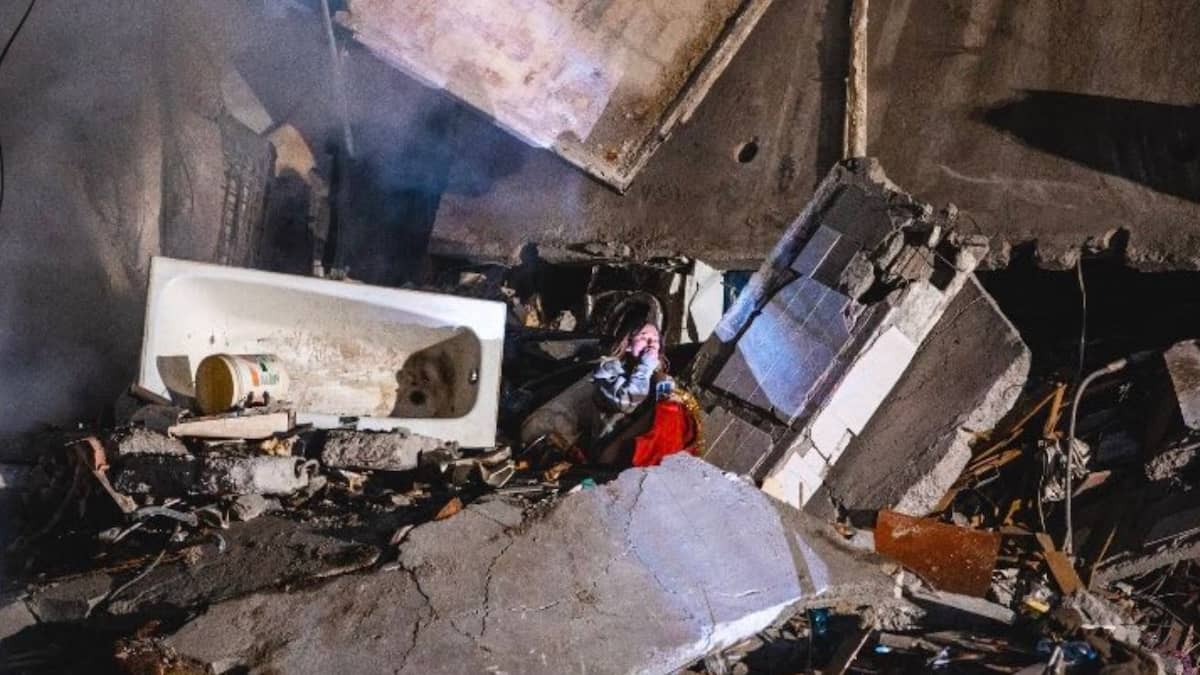 A photo of a 23-year-old woman who lost her parents in a Russian attack on a residential building in Dnipro, Ukraine, at the center of the building has gone viral, wanting to account for what she lived through.

• Read more: Zelensky: “Russian terrorism” can only be stopped by weapons

On social networks, on-the-spot photographers posted a picture of a woman waiting for rescue teams from the roof of her destroyed house.

Shocked, she saw the extent of the destruction and clutched her Christmas decorations.

Having gone viral against her will, the woman in her twenties wrote a letter that was sent by several media outlets in Eastern Europe.

“I don’t know where my parents are. [Les secouristes] They say they saw them alive, but I believe they were in the kitchen, which was completely destroyed, she said. I don’t want to leave my dorm; I wanted to find my parents. I understand that my cat is also dead.

Already grieving the death of her husband four months ago, the Ukrainian continues her letter by recalling her parents’ kindness.

“My dad used to tell me jokes. I photographed animals with my mother. We ate around the table,” he says.

Russia launched missiles at several Ukrainian cities on Saturday, with the deadliest attack in Dnipro, killing at least 20 people. 35 people are missing.

“Remedial work is going on. The fate of more than 40 is not known,” he added.

A video posted on Facebook and Telegram by Ukrainian rescue services showed rescue workers digging through the rubble of the building overnight.

An earlier report released overnight said at least 14 people, including a 15-year-old girl, were killed and 64 injured in the blast at the building. Rescuers rescued 38 people from the rubble.

According to the Ukrainian president, 100 to 200 people were left homeless as a result of the strike, and about 1,700 people in Dnipro were left without electricity and heat.