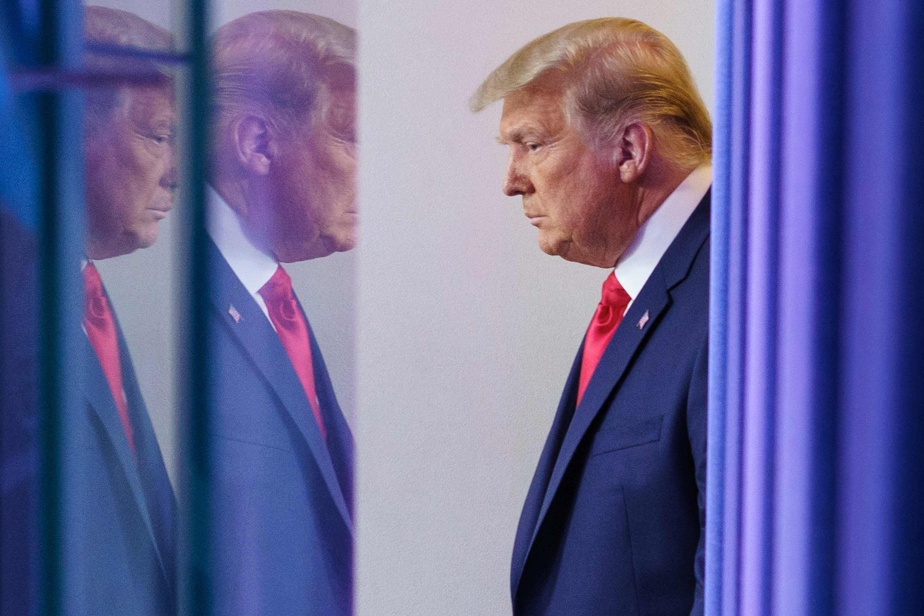 (Washington) The court on Thursday approved the transfer of documents to Congress linking Donald Trump to the January 6 attack on the Capitol, a setback for the former president who did not want to stop there.

The resolution paves the way for hundreds of pages of documents to be sent to a parliamentary committee accused of highlighting the role of the former Republican president in the attack. The court, however, gave him fourteen days to appeal to the US Supreme Court.

His spokesman immediately said he wanted to do so.

“No matter what the Court of Appeal decides today, this case will always end up in the Supreme Court,” Liz Harrington said on Twitter.

The commission’s chairman, Benny Thompson of the Democrats, and his No. 2 Republican, Liz Cheney, welcomed the court ruling.

“We will get the truth,” they said in a statement.

Democratic Speaker of the House of Representatives Nancy Pelosi also welcomed the decision, saying “no one should be allowed to stand in the way of the truth.”

Donald Trump wants to keep these archives secret, among other things, including lists of people who visited or invited him that day.

The Democrats’ Commission is investigating an attack by his supporters on a Congress seat as elected officials testify to Joe Biden’s victory in the presidential election.

The former president, who denies any responsibility for the attack, condemns “a political game” and refuses to cooperate. Despite being summoned by Congress, he took legal action in the name of the exclusivity of executive power to keep his communications secret.

After initial conflicting rulings, the Court of Appeals ruled on Thursday that there was no reason to go against the decision of current White House tenant Joe Biden, who authorized the National Archives to provide these documents to Congress.

“In this case, a rare and powerful factor (fact) supports the publication of the documents in question. […] Considering the need to investigate and address the violence and unprecedented attacks on Congress, ”wrote Patricia Millett, a federal court judge in Washington.

This decision marks a significant victory in the race against time initiated by the Special Committee of the House of Representatives.

Republicans want at all costs to announce its results before the midterm elections, within a year of regaining control of the House and burying its work.

With this deadline in mind, the commission is moving forward: it has already heard more than 300 witnesses, Liz Cheney said Thursday.

But the former White House tenant urged those around him to come closer.

Sulfur Steve Bannon, one of the architects of his victory in 2016, has been accused of rejecting calls for Congress and obstructing the privileges of parliamentary proceedings, which is why he is going to jail.

The same is true of former Donald Trump CEO Mark Meadows. The panel will meet on Monday to decide whether to recommend a trial.

“Don’t be fooled: President Trump is trying to cover up what happened on January 6,” Liz Cheney warned on Twitter. “We will not let this happen. ”