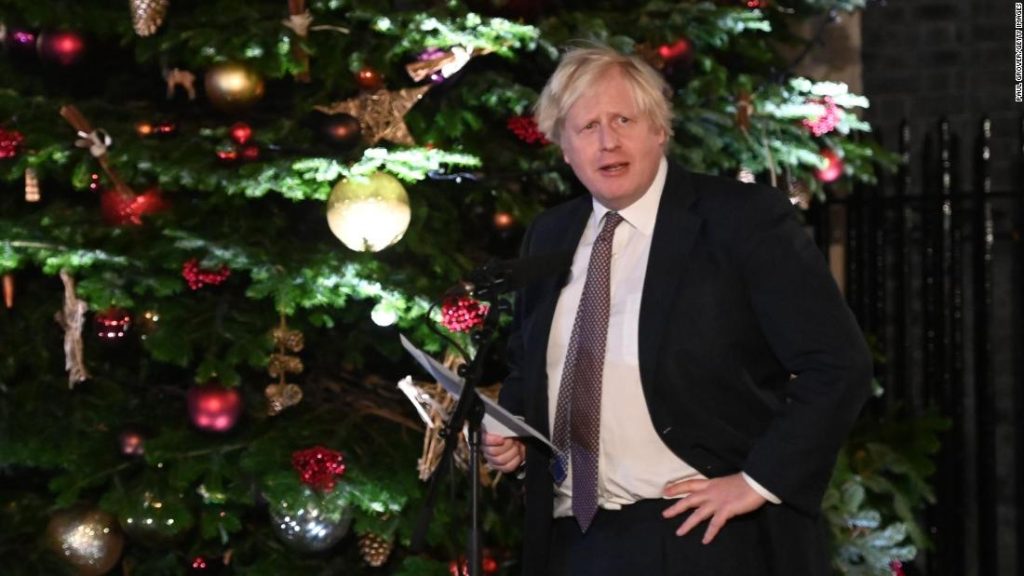 A motion submitted by opposition parties was approved without a vote on Thursday after the British prime minister and his government whips gave Conservative MPs the option not to vote on the motion, meaning it passed without opposition.

Johnson himself received a fine from the London Metropolitan Police for a meeting on 19 June 2020, and numerous fines were imposed for a number of incidents that occurred during the national restrictions.
Johnson’s defense is motivated by that He was not aware of any breach of the law when he made his statement before Parliament; So he couldn’t intentionally mislead lawmakers. UK Ministerial Act states that if government ministers intentionally mislead Parliament, they are expected to resign from their position.

Thursday’s motion, by opposition parties, to refer Johnson to a parliamentary committee, was passed after the government dropped its amendment to delay the vote and allowed Conservative MPs to vote freely.

This was seen as a major turning point and a sign of how far Johnson’s support had slipped between his rank and file, allowing Conservative MPs to simply not vote, rather than having to defy the whip and spare Johnson the humiliation of the rebellion.

However, Johnson was not spared outright humiliation: Steve Baker, one of his most loyal supporters who campaigned for Johnson to become Conservative leader in 2019, called on Thursday for the prime minister’s resignation. Baker told Parliament he would vote in favor of the motion, but added, “Indeed, the prime minister should know the party is over.”

Baker is an influential figure among Conservative MPs, particularly among the party’s Brexit wing, which has supported Johnson in the past.

The parliamentary inquiry will not take place until police investigations into the Downing Street parties are completed and a full report written by senior civil servant Sue Gray on the so-called Partgate scandal has been published.

The commission that will conduct the investigation will be able to write recommendations, including suspending Johnson from Parliament, which will then be subject to a parliamentary vote. It is unclear how realistic this finding is, given that the committee conducting the inquiry is made up mostly of Conservative MPs and Johnson still has a relatively large majority in Parliament.

However, if things get to this point, it is possible that more persecuted information will be revealed in Gray’s report or Johnson will receive additional fines from the police. In that case, it will be up to Conservative MPs to decide whether they want to call a vote of confidence in his leadership.

Johnson will lead the Conservative Party in local elections next month, and the outcome of that election could also play a role in making decisions about whether or not he should be impeached by his own party. The Partygate scandal has damaged Conservative ratings in the polls and undermined Johnson’s popularity.