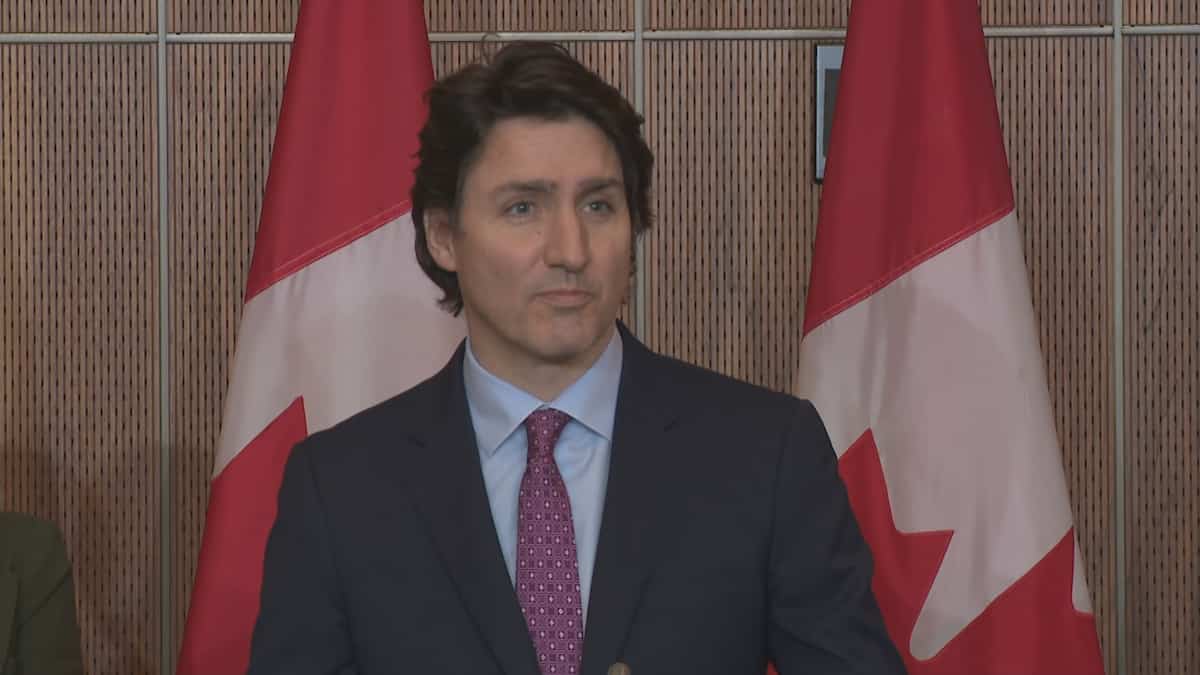 Prime Minister Justin Trudeau on Friday announced a “third series of integrated sanctions” targeting Canadian President Putin and his foreign minister, Sergei Lavrov, but “the Belarusian regime that led to the invasion.”

Read more: Putin is ready to send a delegation for talks

Read more: The United States has imposed sanctions on Putin and Lavrov

He said Ottawa “strongly supports” Russia’s withdrawal from the Swift banking system, especially after the new sanctions initiated by Washington and the European Union.

“President Putin’s contempt for freedom, democracy, international law and human life must have consequences,” the head of the Canadian government told a news conference.

The latter, however, noted that “the world has responded in an unprecedented, united and united manner to Vladimir Putin’s grave wrong,” adding that he “bears the greatest responsibility for death and destruction in Ukraine.”

“The human cost of this crisis is enormous: the world is seeing tragic scenes of bombings and mass displacement, and President Putin is causing the refugee crisis in Europe,” he lamented.

These sanctions are in addition to those of the United States, the United Kingdom and the European Union, and come after a new meeting of G7 nations on Friday.

“Why are we doing this? Because we want to ensure the overthrow of the Russian regime! ” Canadian Foreign Minister Melanie Jolie announced.

Defense Minister Anita Anand said 3,400 Canadian troops in Ottawa were “on high alert” to be sent to Europe, but NATO had not “asked” Canada “yet” to deploy them.

See also  Two journalists were killed in Haiti, another example of gang control

On Thursday, Canada – the world’s second-largest Ukrainian immigrant – granted permission to 58 Russian individuals and companies and suspended all export permits to Russia.

Earlier this week, Ottawa announced the first embargo on sanctions: a ban on transactions with pro – Russian separatist territories, sanctions against Russian lawmakers and banks, and a ban on Canadians borrowing from Russia.