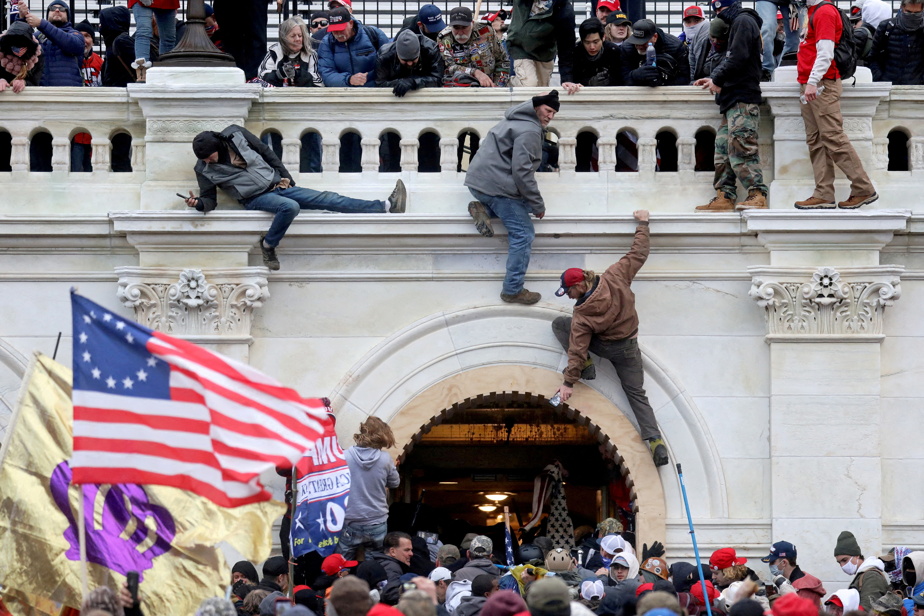 (Washington) Phone recordings from the White House on January 6, 2021, when Donald Trump supporters attacked the Capitol, show an almost eight-hour gap between calls made by the former president of the United States and the American media. Said Tuesday.

The silence lasted 457 minutes, from 11:17 a.m. to 6:54 p.m. According to documents obtained by the Washington Post and CBS News, Joe Biden is a Democrat.

The National Archives Service, the government agency that holds the official documents of the president, handed over an 11-page official diary and telephone records to the Parliamentary Commission of Inquiry.

These records show that on January 6, the former president spoke with at least eight people until morning and eleven in the evening.

But other calls for his allies in Congress, although already published by the press, did not appear, leading to the belief that Mr Trump used unofficial channels, pre-paid telephones were hard to find and should be destroyed. After use.

The commission said in a statement that the commission was investigating “possible cover-ups” in White House records. Washington Post One of its members, anonymously.

The documents show two calls between the millionaire and his former strategy adviser Steve Bannon on January 6th. He said in a podcast the previous day that “everything comes together, it’s time to attack.”

He was indicted last year for “obstructing the investigative powers of Congress” after refusing to testify and hand over documents to the Commission.

In November, the magazine Rolling Stone Organizers of a large pro-Trump demonstration in Washington on the morning of January 6 said they had contacted relatives of the former president by prepaid phones. The campaign team, Laura Trump and her chief of staff Mark Meadows.

“I do not know what a prepaid phone is and to my knowledge I have never heard of it,” Trump told the media. Washington Post.

The former president failed to prevent many of the documents kept by the National Archives from being sent to the Commission of Inquiry.