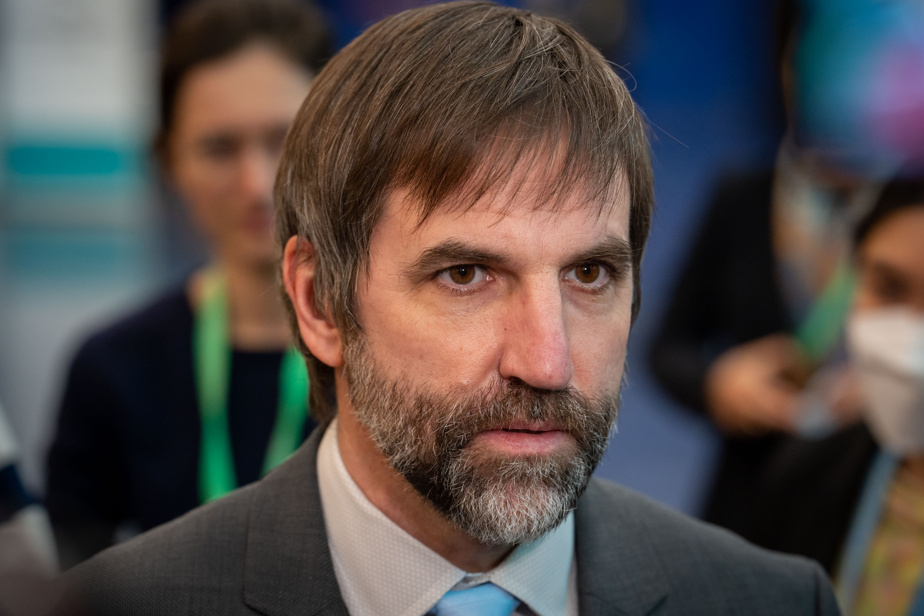 (Ottawa) Federal Environment Minister Steven Guilfeld wants to cooperate with the president of COP28, who has been criticized by many for being the head of an oil company.

“Minister Guillefeld looks forward to working with the president of COP28 later this year to implement a serious and ambitious plan in the fight against climate change,” his office said in a written statement sent to The Canada Press on Friday.

Earlier in the day, the UAE announced the appointment of Sultan Al-Jaber as Chairman and Chief Executive Officer (CEO) of Abu Dhabi National Oil. The company pumps about four million barrels of crude oil per day and hopes to reach five million daily.

Environmental groups have ripped the nomination to shreds. Harjeet Singh, head of global policy strategy at Climate Action Network International, noted in The Associated Press that Al-Jaber’s tenure as CEO of oil giant State “poses an unprecedented and dangerous conflict of interest.” ”

On Friday morning, the Bloc Québécois demanded that Justin Trudeau’s government press for the withdrawal of the UAE’s nomination, as well as “ensuring that the presidency of COP28 is not handed over to a representative of the oil industry”.

“This is unacceptable! In the United Arab Emirates, built on oil money, it is already regrettable to hold the next climate conference without enjoying the disgrace of a presidency run by representatives of this industry! “In a press release, the spokesperson for the environment of the party, Monique Basse, began.

Asked to indicate whether he was open to this request from Black, Mr.

The minister’s office used its written statement to reiterate Canada’s intentions in the fight against climate change.

“In December, our government announced that it would end all new support for the international fossil fuel energy sector. We are on track to phase out coal-fired electricity at home by 2030. We are more committed than ever to breaking our reliance on fossil fuels and supporting a global transition to cleaner, renewable forms of energy. . »

Sultan Al-Jaber previously spearheaded an ambitious one-time plan to create a US$22 billion ‘carbon neutral’ city on the outskirts of Abu Dhabi – an ambition dampened by the global financial crisis that has hit the emirate hard since 2008. Today, he heads Masdar, a clean energy company spun off from the project that now operates in more than 40 countries.

With information from the Associated Press