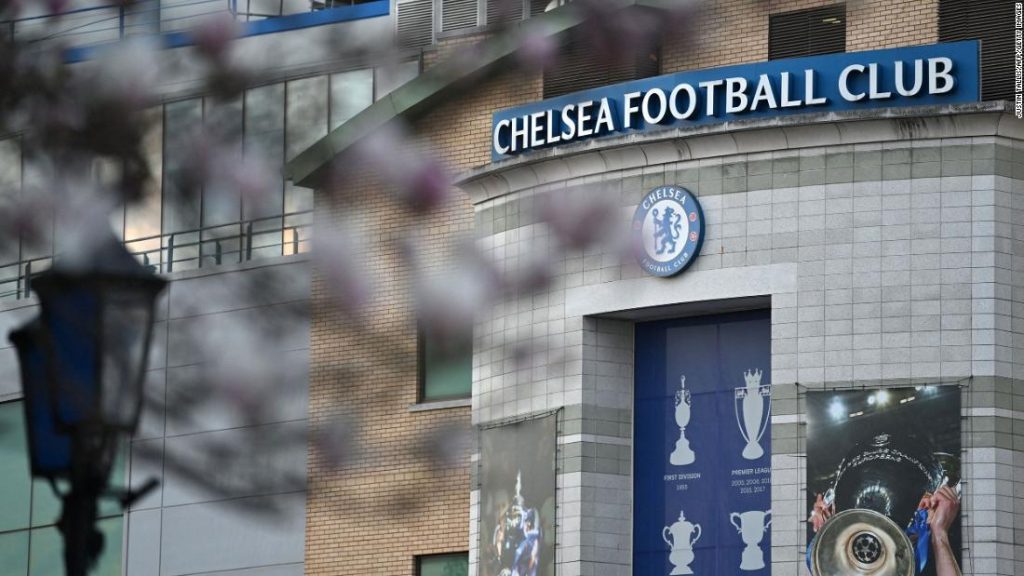 Abramovich put the club up for sale in early March after the Russian invasion of Ukraine, saying at the time that it was “in the club’s best interests”.

“Given the sanctions we have imposed on those associated with Putin and the bloody invasion of Ukraine, the long-term future of the club can only be secured under a new owner.

“We are convinced that the proceeds from the sale will not benefit Roman Abramovich or other sanctioned individuals,” she added.

The sale would end Abramovich’s nearly two-decade reign at the helm of the London club.

The Russian businessman, known for his ties to the Kremlin and Russian President Vladimir Putin, was sanctioned earlier this year after Russia launched its invasion of Ukraine on Feb. 24.

A UK government spokesperson said the proceeds from the sale would be used for “humanitarian causes in Ukraine, and to support war victims”.

“Today’s steps will secure the future of these important cultural assets and protect fans and the wider football community,” the spokesperson added.

“We have had discussions with the relevant international partners to obtain the necessary licenses required and we thank them for all their cooperation.”

Earlier on Tuesday, the Premier League announced that its board of directors had approved the sale of Chelsea FC.

“The Premier League’s board of directors today approved the proposed acquisition of Chelsea Football Club by the Todd Boehle/Clerlake Association,” the Premier League said in a statement.

“Chelsea will now work with the relevant governments to secure the necessary licenses to complete the acquisition.”

Since Abramovich’s assets have been frozen as a result of government sanctions, the club is operating under restricted financial resources and in accordance with a license issued by the UK government.

The club said that out of the total ongoing investment, 2.5 billion pounds ($3.08 billion) would be used to buy shares in the club and that money would be deposited into a frozen UK bank account “with a view to donating 100% to charity. The reasons are as confirmed by Roman Abramovich”.

The club added that British government approval would be required to transfer the proceeds from the frozen British bank account.

It said the proposed new owners “will also commit 1.75 billion pounds ($2.16 billion) in additional investment to the club.” This will include investments in Stamford Bridge, the club’s academy, the women’s team and funding for the Chelsea charity.

The announcement of Boehly’s deal came with just over three weeks remaining on the club’s current operating license, which expires on May 31.