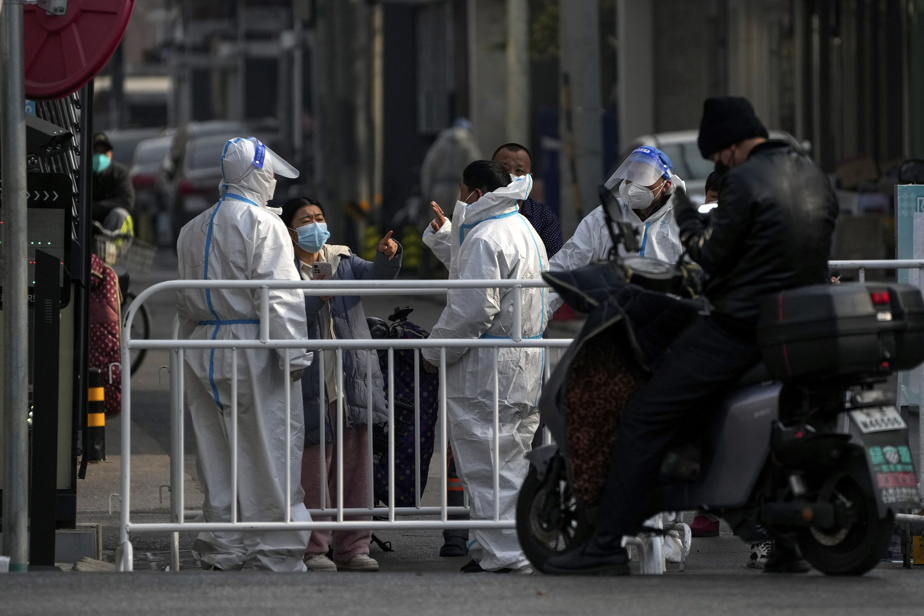 (BEIJING) The number of daily COVID-19 cases in China has hit a new record, authorities announced Thursday, as they ramp up stricter confinements, mass testing and travel restrictions, risking anger and frustration among the population.

China listed 31,454 cases on Wednesday, of which 27,517 were asymptomatic, according to the National Health Bureau.

The new figures are higher than the 29,390 infections recorded in mid-April as the world’s third most populous city, Shanghai, was locked down and its residents struggled to buy food and access medical care.

These figures are relatively small in view of the vast Chinese population of more than 1.4 billion people and the records seen in Western countries at the peak of the epidemic.

But under the strict “Zero COVID-19” policy that Beijing tirelessly enforces, the slightest increase in cases leads to the shutdown of entire cities and strict quarantine of contacts of infected patients.

This relentless strategy has exhausted and disgusted entire segments of the population as the epidemic, diagnosed in China at the end of 2019, approaches its third year.

China is the only major economy in the world that still imposes such restrictions, prompting sporadic protests.

Hundreds of workers at the world’s largest iPhone factory have shown their anger over their living conditions at the country’s largest industrial site in Zhengzhou, which has been under strict confinement since October.

The manufacturing hub of Guangzhou in the south, where nearly a third of the COVID-19 cases have been traced, has built thousands of temporary hospital rooms to house patients.

In Beijing, which has experienced an epidemic outbreak in recent days, dozens of residential buildings are on lockdown and companies are generalizing telework.

The city government said the PCR test results must be negative within 48 hours in the capital to enter public places such as shopping malls, hotels and government buildings.

Schools, restaurants and businesses closed again, fear of being placed in quarantine: Most Beijing residents are now mentally exhausted by these restrictions, which are often vague and changing, and whose duration is not announced in advance.

The capital on Wednesday reported nearly 1,500 new positive cases (mostly asymptomatic) for a population of 22 million, which is very low by international standards.

The reaction of Chinese authorities seems disproportionate compared to many countries around the world that have learned to live with the virus.

But China has not yet approved public use of effective mRNA vaccines, and only 85% of adults over 60 had received two doses of the national vaccine by mid-August, according to Chinese health officials.

Shijiazhuang, a city near Beijing seen as a pilot city to test reopening strategies, reversed its easing measures this week.

“The road to reopening could be slow, expensive and bumpy,” Ding Lu, Nomura’s chief China economist, said in a note. “Shanghai-style total shutdowns may be avoided, but they may be replaced by frequent partial shutdowns in cities that are growing due to rising Covid-19 caseloads. »