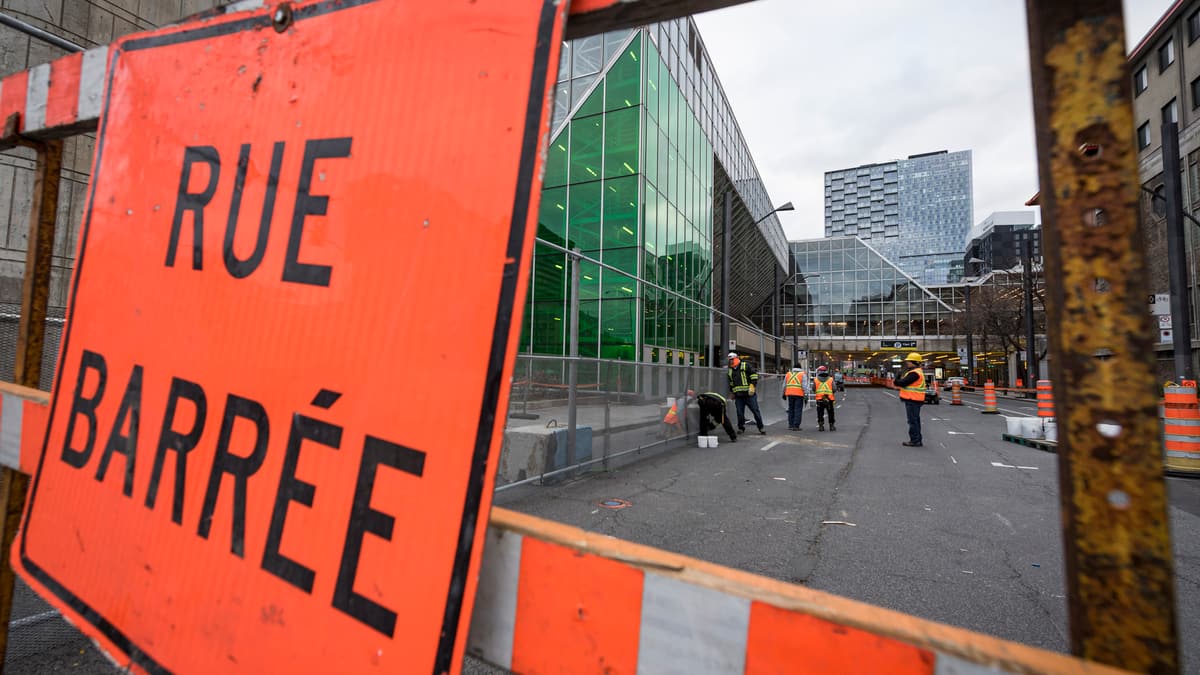 COP15, which will take place from December 7 to December 19 at the Palais des Congres in Montreal, will cause several roadblocks for motorists.

• Read more: Beginning of street closures around the Palais de Congress for COP-15

At the corner of rue Saint-Urbain and avenue Viger, a lane has already been cut to encourage fluid traffic.

The SPVM Police will also work with the city of Longueville and Laval to ensure transport logistics.

Philippe Sabourin, executive spokesman for the City of Montreal, recalled for his part that the COP15 event would have significant spinoffs for the city.

“It’s a massive event. What you have to see is that the fallout will be huge. In terms of Montreal’s influence, everyone will have their eyes on Montreal. But hoteliers and local business people will benefit because we’re talking about 10,000 to 15,000 delegates and 196 countries.

But discouragement is felt among some citizens, who fear congestion on the roads.

“We’re used to Montreal, I guess. We’re barring anything for any event,” one woman drops.

After difficult negotiations that ran over schedule, COP27 ended on Sunday with a rousing speech on aid for poor countries affected by climate change, but failed to set new ambitions to reduce greenhouse gas emissions.

The UN Climate Conference, which opened in Egypt’s Sharm el-Sheikh on November 6, became one of the longest COPs in history as it ended in the early hours of Sunday.

“It was not easy”, but “we finally fulfilled our mission”, underlined its president, Egyptian Foreign Minister Sameh Choukry.

A final declaration was adopted as a result of several compromises, calling for “rapid” reductions in emissions, but without new ambition compared to the COP in Glasgow in 2021.

“We must now drastically reduce emissions, a question this COP has not answered,” said UN Secretary-General Antonio Guterres.

The EU said it was “disappointed”, while British Prime Minister Rishi Sunak called for “more to be done”.

However, this edition was marked by the adoption of a historic resolution by its promoters to compensate poor countries for the damage caused by climate change.

This climate nearly derailed the “Loss and Damages” conference, before a last-minute compromise was found. Although the text leaves many questions unanswered, it enacts a specific fund-making policy.

“While some developed countries have decided to ignore our suffering, the loss and damage in vulnerable countries can no longer be ignored,” said young Ugandan activist Vanessa Nagate.

French President Emmanuel Macron has proposed a summit in Paris ahead of COP28, planned for Dubai at the end of 2023, for a “new financial deal” with vulnerable countries.

The discourse on emissions reductions has also been hotly contested, with many countries denouncing a backtracking on ambitions defined at previous conferences.

Especially in the Paris Agreement’s most ambitious goal: limiting global warming to 1.5°C, although reaffirmed in the final decision.

The current commitments of the signatories cannot meet this objective, or even make it possible to keep temperatures up to 2 degrees Celsius compared to pre-industrial times, when humans started using responsible fossil fuels on a large scale. Global warming.

However, with temperatures currently at nearly +1.2°C, the dramatic impacts are already mounting: 2022 will bring its catastrophic drought, megafires and floods, affecting crops and infrastructure.

The costs are mounting, too: The World Bank estimates the cost of the floods at $30 billion, which covered a third of Pakistan in water for weeks and left millions affected.

Poorer countries, often the most exposed but generally responsible for warming, have sought funding for “loss and damage” over the years.

Accused of some lack of transparency in the talks, Egypt’s Choukry confirmed there was “no ill will”.

However, the adoption of the Sharm el-Sheikh resolution will not end the war, as it remains deliberately vague on certain points of contention.

Operational details must be defined for adoption at COP28, which promises further conflict. Especially on the issue of contributors, developed countries, led by the United States, insist that China be part of it.

US Climate Ambassador John Kerry said he would work to increase the US contribution to $11 billion, which would make Washington the “largest contributor to the climate economy”.

However, the State Department spokesperson pointed out that the agreement does not specify any binding points.

Another thing that has rocked the COP: emissions reduction ambitions.

Many countries felt that the texts proposed by the Egyptian Presidency constituted a step backwards to continue raising the Glasgow obligations.

Lawrence Dubiana, an architect of the 2015 Paris Agreement, lamented that “this COP has weakened the commitments for countries to put forward new and more ambitious commitments.”

Reducing the use of fossil fuels is attributed to global warming, but is not mentioned in the climate literature.

Britain’s Alok Sharma, president of COP26, said a point of fossils “has been diluted in recent times”.

Coal was quoted in 2021 after heavy exchanges, but “the usual suspects” in Sharm el-Sheikh, in the words of one representative, again opposed it for oil and gas. Saudi Arabia, Iran or Russia are often cited.

German Foreign Minister Annalena Baerbach said she was disappointed that reducing emissions and phasing out fossil fuels had been “avoided by some big emitters and oil producers”.

However, the growth of renewables has been noted as unprecedented with “low-emission” energies, which are commonly used for nuclear power.