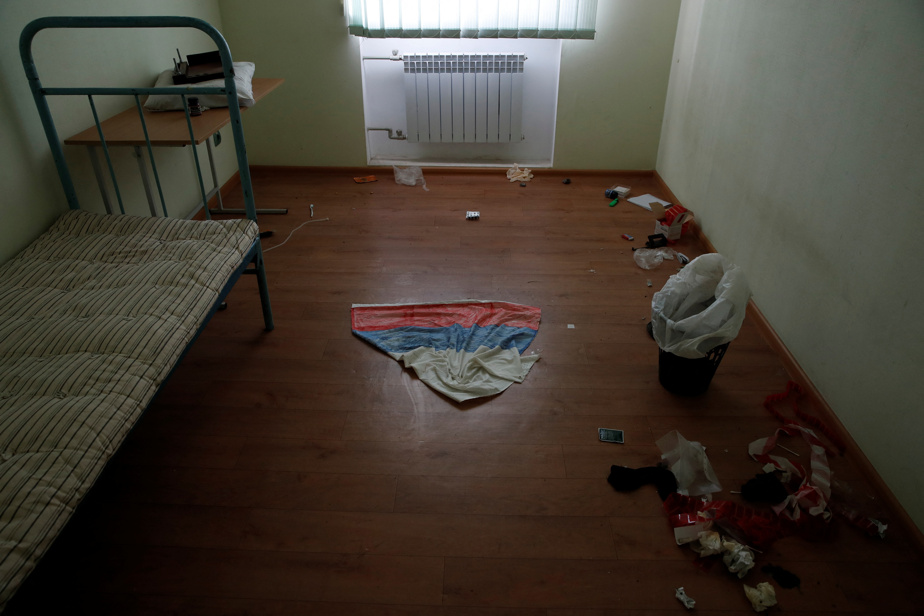 (Kyiv) Ukrainian authorities have begun evacuating civilians from recently liberated areas of the Kherson region and neighboring Mykolaiv province, officials said Monday, fearing damage to infrastructure will be too severe for people to withstand the coming winter.

Ukrainian Deputy Prime Minister Iryna Vereshchuk said residents of two southern regions that have been bombarded by Russian forces in recent months have been urged to move to safer areas in the center and west of the country.

He promised that the government would provide “transport, shelter, medical care”.

The evacuations come just a week after Ukraine recaptured the city of Kherson and surrounding areas. The liberation of the region marked a major battlefield gain, while the evacuations now highlight the difficulties the country faces following Russian bombing of its electricity infrastructure as winter weather sets in.

Russia attacked Ukraine’s power grid and other infrastructure from the air, causing widespread power outages and leaving millions of Ukrainians without heat, electricity or water in the freezing cold and snow-blanketed capital Kiev and other cities.

In 15 Ukrainian regions, power outages of four hours or more are expected on Monday, according to Volodymyr Kudrytsky, head of Ukrainian public network operator Ukrenergo. More than 40% of the country’s energy facilities have been damaged by Russian missile strikes in recent weeks.

Kiev and Moscow blamed each other for the shelling, which came after weeks of relative calm in the region, which has been the scene of fighting between Russian and Ukrainian forces since the Russian invasion on February 24.

At least four civilians have been killed and eight wounded in fighting in Ukraine over the past 24 hours, the deputy head of the country’s presidential office, Kyrillo Tymoshenko, said on Monday.

One person was killed and two others were injured in a Russian missile attack in the northeastern part of Kharkiv on Sunday evening, Kharkiv Governor Ole Sinihubov said. The strike hit a residential building in the village of Shevchenkov, Mr Tsinihubov added, killing a 38-year-old woman.

One person was wounded overnight in the Dnipropetrovsk region, where Russian forces shelled the city of Nikopol and its surroundings, according to Governor Valentyn Reznichenko.

In the eastern region of Donetsk, which is partially controlled by Moscow, Russian forces shelled 14 towns and villages, the region’s Ukrainian governor, Pavlo Kyrilenko, said.

Heavy fighting was going on in the area near the town of Bagmouth, where a school was damaged by shelling. Local authorities in Moscow said an “explosive material” struck an oil depot in Russian-controlled Makhivka and caught fire.

In the neighboring region of Luhansk, which is mostly under Russian control, the Ukrainian army is advancing towards the key towns of Kreminna and Svyatov, where the Russians have set up a defensive line, Ukrainian Luhansk Governor Serhiy Haidai said. .

“There are victories and the Ukrainian army is advancing very slowly, but it will be very difficult for the Russians to defend themselves after the recapture of Svatov and Kreminna,” Haidai told Ukrainian television.

See also  Ecuador: Oil production must be halted within 48 hours if protests continue

Ukraine’s public prosecutor’s office announced on Monday that it had found four “torture sites” used by the Russians in Kherson when they occupied the city in southern Ukraine until it was retaken by troops from Kyiv on November 11.

“In Kherson, prosecutors continue to establish Russia’s crimes: torture platforms have been installed in four buildings,” the Ukrainian prosecutor’s office said in Telegram.

According to the prosecutor’s office, Ukrainian investigators visited “four” buildings, including “pre-war detention centers”, “where, during the capture of the city, residents illegally detained people and brutally tortured them”.

“Pieces of rubber bands, a wooden bat, a device used by aggressors to shock civilians, a flashlight and bullets […] were captured,” the same source added, ten days after Kherson was recaptured by the Ukrainian army.

“The work of establishing the locations of cells where torture and illegal detention of people continues”, confirmed the Ukrainian General Prosecutor’s Office, and wants to “identify all victims”.

Since the liberation of Kherson on November 11, Kyiv has repeatedly condemned Russian “war crimes” and “atrocities” in the Kherson region.

Moscow, at this point, has not responded to these allegations.