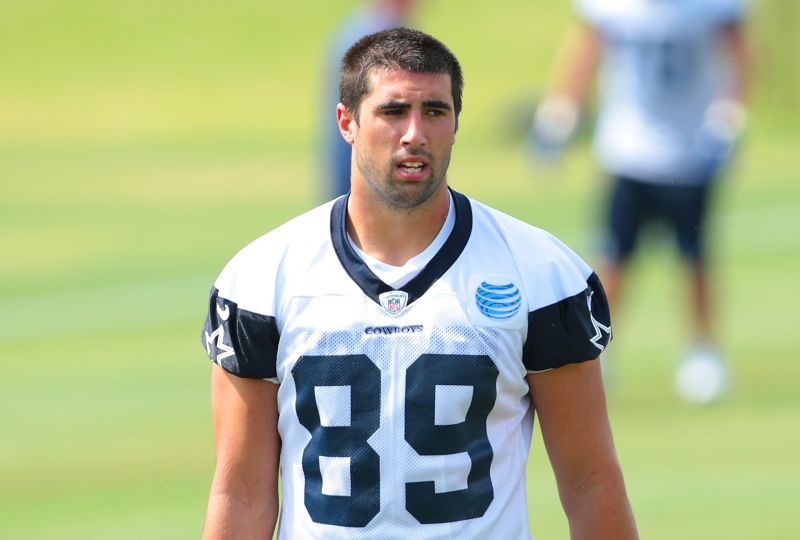 Officials announced Wednesday that Gavin Escobar was one of two climbers who died after an apparent accident in California. Escobar was 31 years old.

Later in the day, the department said rescuers had arrived at the site and that “the two victims died at the scene.” The Riverside coroner’s office has identified the two victims as 33-year-old Escobar and Chelsea Walsh.

Escobar was selected by the Cowboys with the 47th pick in the second round of the 2013 NFL Draft.

He played four years in Dallas before moving to the Baltimore Ravens for one season. He finished his NFL career with 30 receptions and eight touchdowns—all with the Cowboys.

Earlier this year, Escobar began working as a firefighter for the Long Beach Fire Department (LBFD).

in Reply on Facebook“It is with great sadness that we announce the death of Long Beach firefighter, Gavin Escobar, who is off duty,” the LBFD said.

The LBFD said he left behind a wife and two young children.