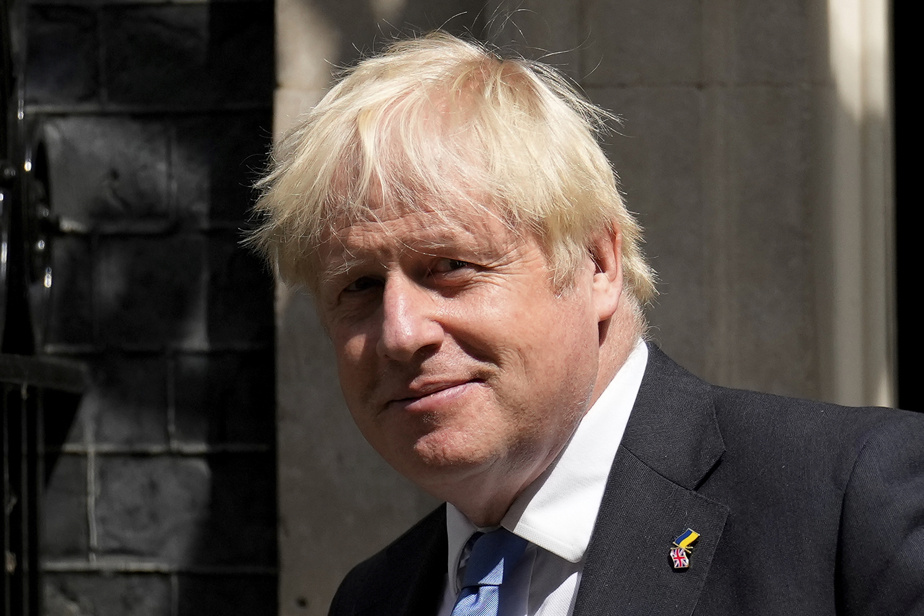 (LONDON) Prime Minister Boris Johnson bowed out of the British Parliament in his final question-and-answer session on Wednesday, where he defended his record and launched into applause from the Tories with “Hasta la vista, baby”.

“Mission accomplished to a great extent,” the Prime Minister promised, looking back on his three-year rule and vowing in the next few weeks to “do what I think the public should do: move the files we’ve been on.” Elected in 2019.

“The last few years have been the greatest blessing of my life,” said the 58-year-old prime minister, who resigned on July 7 after a series of scandals and lies. “Hasta la vista, baby,” he concluded to applause from his camp’s representatives, taking on Arnold Schwarzenegger’s famous quote. Terminator 2.

Boris Johnson’s successor will be known on September 5 at the end of the parliamentary recess that starts on Friday.

Opposition Leader Keir Starmer questioned him about the ongoing campaign among the Tories to replace him in Downing Street, particularly the cancellation of a televised debate on Sky News.

“Well, I’m not particularly close to the point,” laughed the Prime Minister, to laughter from the delegates. But he took the opportunity to offer “some advice” to his successor in Downing Street.

“Stay close to Americans, support Ukrainians, fight for freedom and democracy everywhere. Lower taxes and remove restrictions to make this country a better place to live and invest. »

Tory MPs vote for the fifth and final time on Wednesday to appoint two final candidates. Three of them are still in the running: former defense minister Rishi Sunak, diplomatic chief Liz Truss and secretary of state for international trade Benny Mordant.