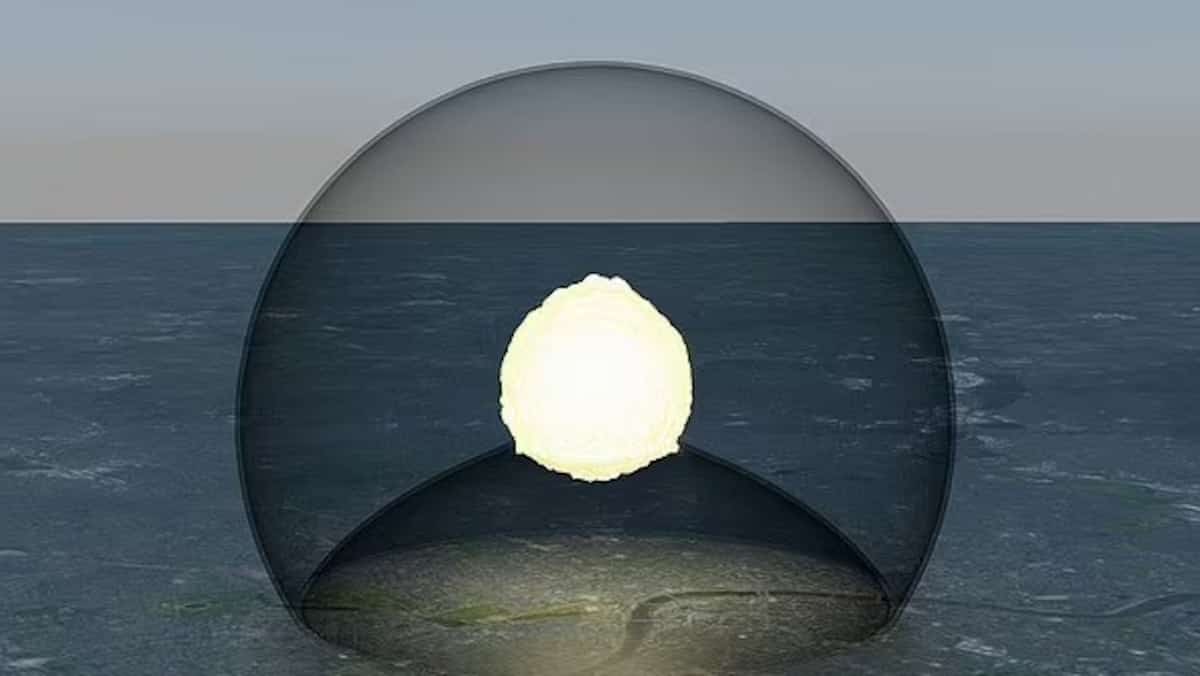 Researchers in the UK are simulating a nuclear explosion to determine the best way to survive a building while inside.

To do this, study Ioannis William Kokkinakis and Dimitris Trikakis of the University of Nicosia use a computer model of the 750 kiloton explosion.

Your chances of survival vary depending on which room you are in.

Being inside is not enough to be safe, the shock wave is powerful enough to lift a person even between four walls, according to a study published in the journal. Physics of Fluids.

Hence it is recommended to avoid close proximity to windows, doors and corridors.

So the ideal location would be a corner of a room, set back from openings to the outside.

However, the authors of the study note that people near the explosion have only a few seconds before the shock wave reaches them.

“If people see the explosion from a distance, they should take shelter very quickly,” said Mr. Trikakis told the Daily Mail. They should stay away from windows and take shelter in an opening or corner.

These guidelines relate only to the risk of serious injury or death upon impact.

People in the nuclear bomb’s impact radius would have to live with more than normal radiation levels and “seek immediate medical attention,” the researcher continues, adding that he hopes his advice will never have to be put into practice.