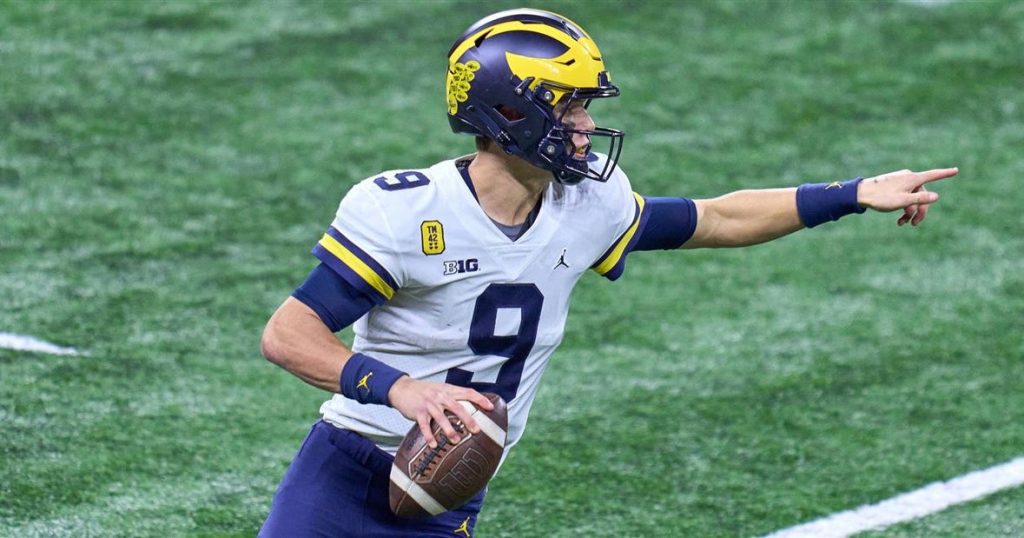 Ann Arbor, Michigan – JJ McCarthy He’ll make his Michigan debut on Saturday when the Wolverines face Hawaii under the spotlight at the Big House.

Here’s everything he said at a press conference on Tuesday as he previewed the match:

On how he learned about Jim Harbaugh’s QB strategy:

In the beginning, he kind of told us the best player would play and it was an open competition, just go out there and be with us and whatever happens. After that fact, he just gave us a full summary of not having a clear, firm decision on who the man will be, so he’ll give us chances in the first two games.

On how he approached this week as a beginner:

I mean, nothing really is different. Right when I walked in the door here, I was always ready to be the guy — pick up one, the first game, whatever it was — and now I just feel this reassurance that I’ll be there. So it kind of removes all the anxiety and indecisiveness when you go into it and builds more confidence, honestly.

On his initial confidence level:

On the time he felt he was a challenge for the starting role:

There was no like, direct, “Okay, I’m in front of him” or anything like that. It was just, I feel like I’m growing. I feel like I’m getting better with my buddies. And it was constantly so.

If he feels he has done enough to be the initiator:

This decision is something out of my control. And I never went through the process of thinking, ‘Oh, I gotta be the guy. This is my job. I want it.’ This is not for me to decide. For me it is my duty to decide what I do every day and how I improve every day. It has nothing to do with making that decision that I am the man or anything like that.

This story continues below.