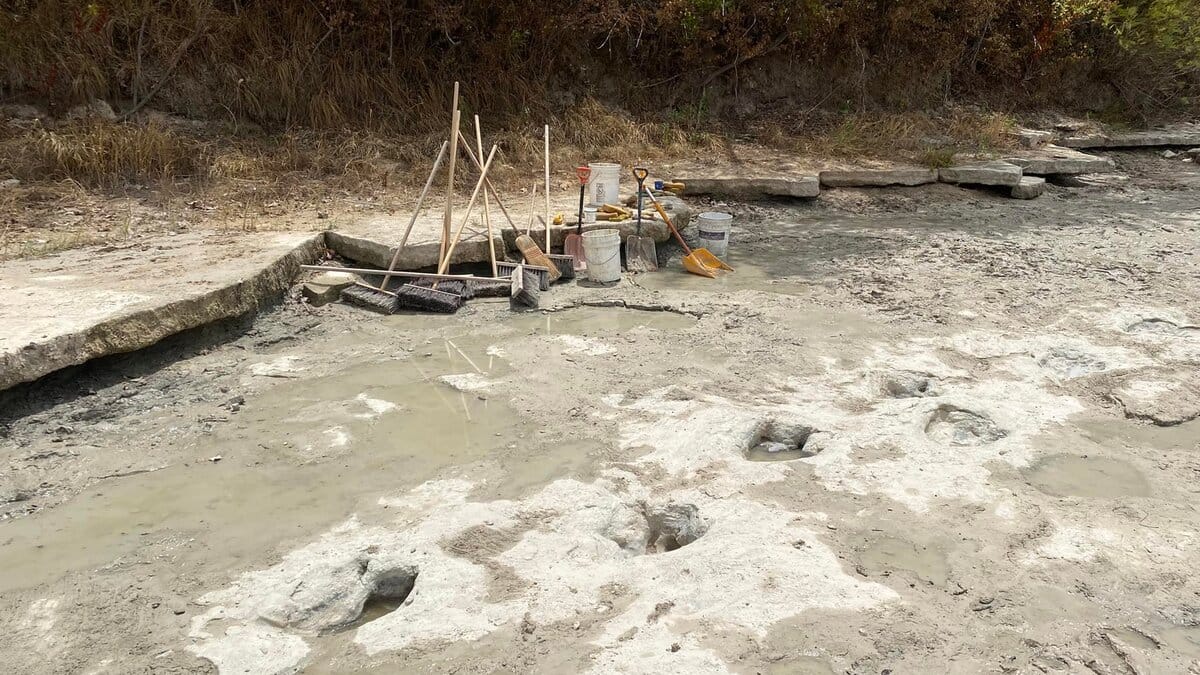 113-million-year-old dinosaur footprints have come to light in a dry riverbed due to a lack of water, an official at a park in Texas, US, said on Tuesday.

• Read more: In pictures | Fragments of history are resurfacing because of the drought

• Read more: In California, celebrities were pushed back for not complying with drought regulations

• Read more: 11 tonnes of fish in the pond suffocated due to drought

These deep traces were previously buried, filled with silt, and covered with water — which helped preserve them.

“Due to extremely dry conditions this summer, the river has completely dried up in most places, which has exposed new tracks in the park,” said Stephanie Salinas Garcia of the Texas Department of Parks and Wildlife.

Their discovery delighted staff at the park, located near Dallas and nicknamed “Dinosaur Valley” because of the many dinosaur tracks in its enclosure.

According to the caption of these impressive pictures posted by the park on social networks, this may be one of the longest dinosaur footprints in the world. We look forward to volunteers helping to clean them up to better distinguish them.

“Most of the tracks that were recently discovered in different parts of the river in the park were left by Acrocanthosaurus,” said Stephanie Salinas Garcia. As an adult, this theropod measured five meters and weighed seven tons.

Sauroposidon is another type of dinosaur

The park opened in 1972 to preserve these ancient traces, according to its website.

But the curious won’t be able to admire these new prehistoric footprints for long, because with the arrival of the rains they will be covered with water again.