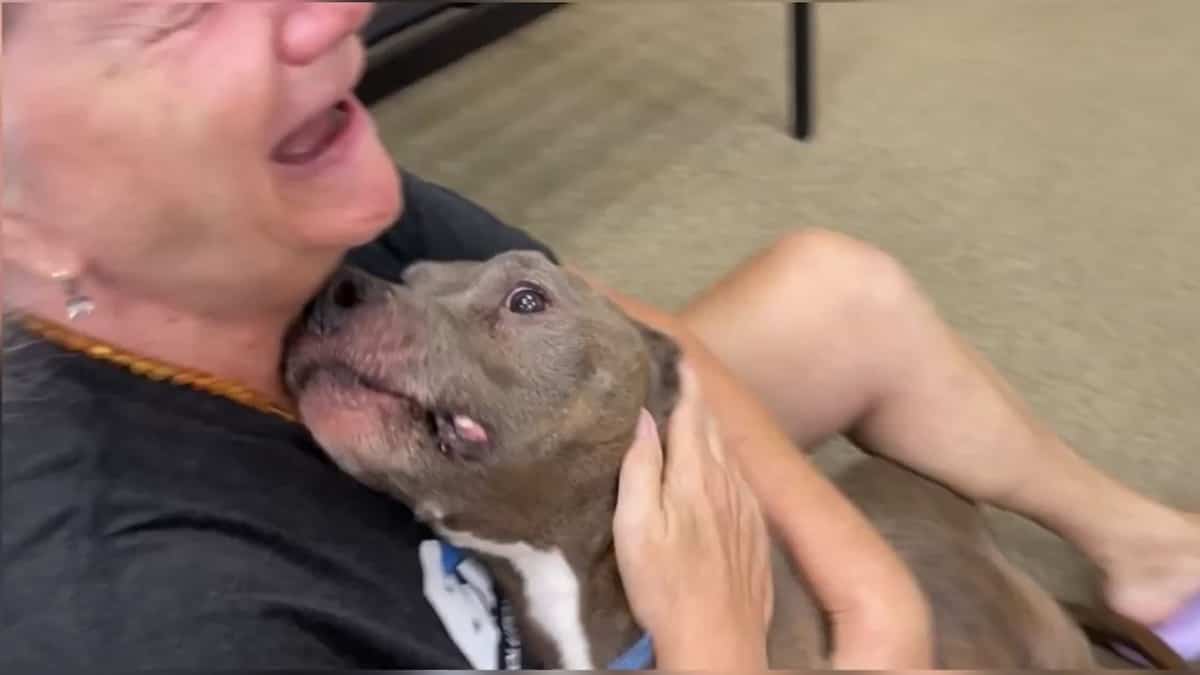 A dog that was reported missing finds its owner… after eight years on the run!

It all started in early 2014, when Betsy DeHaan’s pit bull wandered away from her family’s home in Fort Myers, Florida.

Hours after the dog went missing, Betsy’s family began searching the woods for Harley, without success.

The DeHaan family then began erecting posters with the slogan “Lost Puppy” on the neighborhood’s residential streets.

Even with a dog’s microchip, it’s not enough to track down an adventurous animal.

Eight years later, Betsy was no longer a resident of Florida. She now lives in Missouri, a sign that hopes of finding the dog have been dashed.

However, friends of the family who live in Florida recently spotted a dog that looked just like Harley.

Betsy’s friend Angie saw the animal 30 kilometers south of their original home, so there was hope.

The dog was in poor condition and malnourished. Angie immediately rushed the animal to Cypress Lake Veterinary Hospital.

Lee County Veterinary Officers were able to confirm that the dog was indeed Betsy DeHaan’s, using her microchip.

The mother contacted the veterinary clinic. She didn’t believe the information the vet described.

“I got a message last Saturday. I was sure it was wrong. Besides, we were talking about Harley that morning. Anyway, when I found out it was true, I immediately went to my car,” says Betsy.

In total, the woman traveled more than 1770 kilometers before finally being able to hug her pet.

“Oh my God! Oh my God!” exclaimed Betsy DeHaan as they reunited.