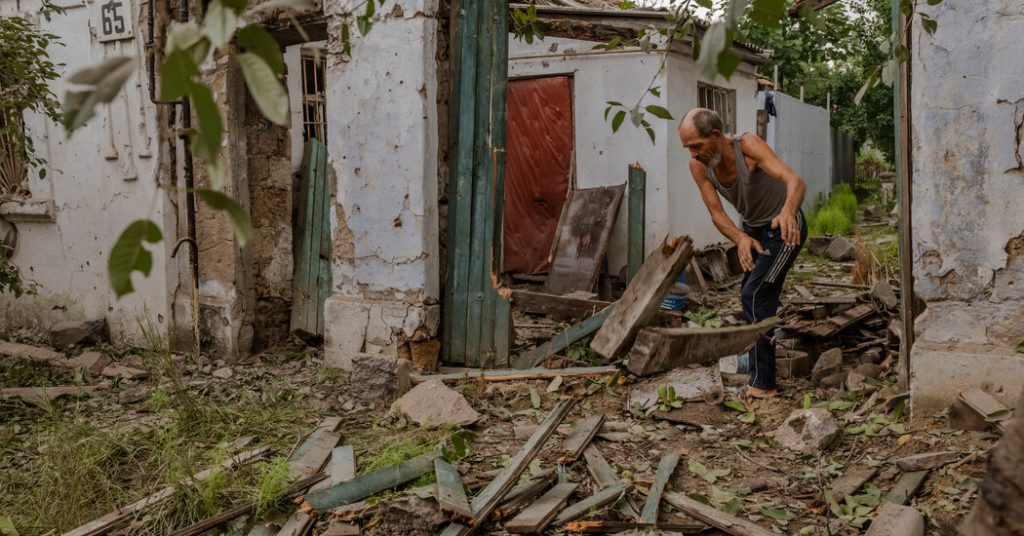 KHARKIV, Ukraine – First, electricity has fallen off. Then the water taps dried up in parts of Kharkiv. The smoke of the fires spread in the streets.

The Ukrainian army’s sudden counterattack in the northeast of the country reclaimed hundreds of square miles of territory, seized abandoned Russian military vehicles, and rolled into cities of strategic importance. One of the Russian responses has been a wave of long-range strikes on infrastructure far from the front, apparently in an attempt to quell the jubilation of the Ukrainian army’s victories.

The blows didn’t seem to have a direct effect on the fight. Sunday’s missile attack on an electric station on the edge of Kharkiv, Ukraine’s second largest city, for example, was dozens of miles away from hostilities in Ukraine.

Ukrainian and US officials describe the strikes in response to battlefield losses, complicating the lives of tens of thousands of Ukrainians due to power outages and water shortages. “Russia’s clear response to Ukraine’s liberation of cities and villages in the east: Sending missiles to try to destroy critical civilian infrastructure,” Bridget Brink, US Ambassador to Ukraine, wrote on Twitter.

Adviser to Ukrainian President Volodymyr Zelensky, Kirillo Tymoshenko, said that two cruise missiles hit elements of critical infrastructure in Kharkiv, including a major power plant, cutting off electricity to the city and several other areas. “The Russians want to leave us without light, water and heat,” he said in a statement on the Telegram messaging app.

The mayor of Kharkiv, Ihor Terekov, described the attack as an act of retaliation for Ukrainian military advances. “This is a despicable and cynical revenge on the Russian aggressor for the successes of our army at the front, in particular in the Kharkiv region,” he said in Telegram.

The strikes on the city, the capital of the region where the Ukrainian army has achieved its most significant success, killed at least one person on Monday, a 37-year-old man, and wounded six others. The sirens went off, and every few hours the windows resounded.

Electricity went off during the day in the city on Monday, but officials said in the evening they had restored electricity to most residents who had lost it the previous day.

“This is not revenge, it is just terror, it is pure terror,” said Andrey, 41, whose building was badly damaged in a missile attack.

“I don’t care why this happened, I just know I don’t have a home anymore,” said Vita, a resident of the building. She said she had been saving for years to buy the now ruined house.

As the sun settled into a pink and orange sunset over Kharkiv on Monday, a long line of people carrying plastic water bottles formed at a faucet still running in a neighborhood. It was a minor hassle, said Dmytro, 26.

“I never thought of leaving the city,” he said, even when Russian troops were fighting in the suburbs. “Now that we’ve pushed them back, I’m definitely not leaving.”

In an evening address to the nation on Sunday, Mr. Zelensky criticized the Russian government for the strikes and said they would fail to dissuade the Ukrainians from fighting.