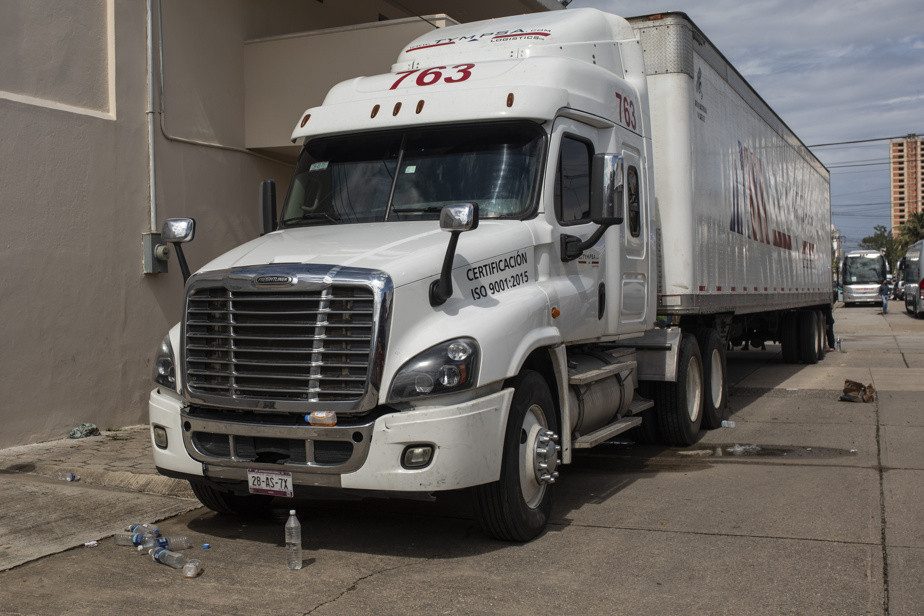 (Mexico City) The National Migration Agency (INM) said on Saturday that about 600 migrants from twelve Central American countries, as well as Africa and Asia, were rescued while traveling in two trucks in Mexico.


Immigrants – 145 women and 455 men – found in the state of Veracruz (south-east) mainly from poor countries in southern Mexico (401 of them Guatemala, Honduras, Nicaragua) but also from Bangladesh (37). Ghana (six), India and Cameroon (an immigrant), described INM in a statement.

Donatiu Hernandez, a local chairman of the Human Rights Commission, said they were traveling “jammed” in the trailers of two trucks when he sounded the alarm on Friday, without official confirmation.

“There are children, minors, I’ve seen pregnant women, sick people,” Hernandez said, adding that he had never seen so many immigrants at one time.

Child protection officers will be confiscated “for cases of families or minors traveling alone,” INM said, referring to the “conditions of stay and stay” of these immigrants in Mexico.

There are two options, either “assisted return” or “opportunity to stay (in Mexico) through a formalization process”, INM adds.

The corridor between the poorer countries of Central America and the Americas, Mexico faces the arrival of immigrants from other borders (Haiti, Cuba).

Two caravans of several hundred immigrants are currently marching in the southern states of the country, demanding the regularization of undocumented immigrants.

The influx of undocumented individuals has increased since Joe Biden arrived at the White House on January 20 and he promised to treat them more humanely than his predecessor Donald Trump.

See also  Norway | The shooting in Oslo is considered an "act of Islamic terrorism."

Between January and September, more than 190,000 immigrants were counted by Mexican authorities, three times more than in 2020. About 74,300 people were evacuated.

The United States, for its part, recorded the illegal entry of 1.7 million people from Mexico into its territory between October 2020 and last September.