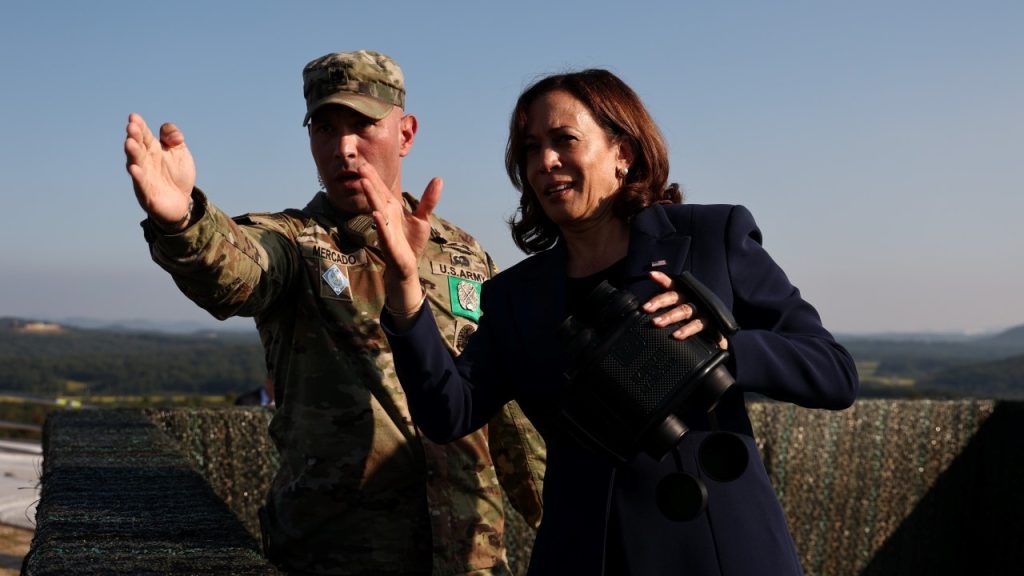 North Korea launched its fourth ballistic missile in one week, then Vice President Kamala Harris She made a mistake during her prepared statements in the Korean Demilitarized Zone (DMZ).

South Korea’s military told Yonhap that the missile was fired into the East Sea on Saturday.

It is the fourth missile launched by North Korea in the past seven days.

The provocation comes after Harris said Thursday that the United States has a “strong alliance” with the “Republic of North Korea”.

Harris intends to refer to the Republic of Korea, which is the official name of South Korea.

“I cannot say enough that the United States’ commitment to defending the Republic of Korea is iron-clad, and that we will do everything we can to ensure that it makes sense in every way the words suggest,” Harris said when Visit the DMZ.

White House Press Secretary Karen Jean-Pierre On Wednesday, he said the missile tests were “not unusual,” adding that they would not prevent Harris from going to the DMZ.

“As you know, North Korea has a history of doing these kinds of tests,” Harris said.

Andrea Facciano of Fox News and The Associated Press contributed to this report.

Adam Sabs is a writer for Fox News Digital. Story tips can be sent to [email protected] and on Twitter @asabes10.