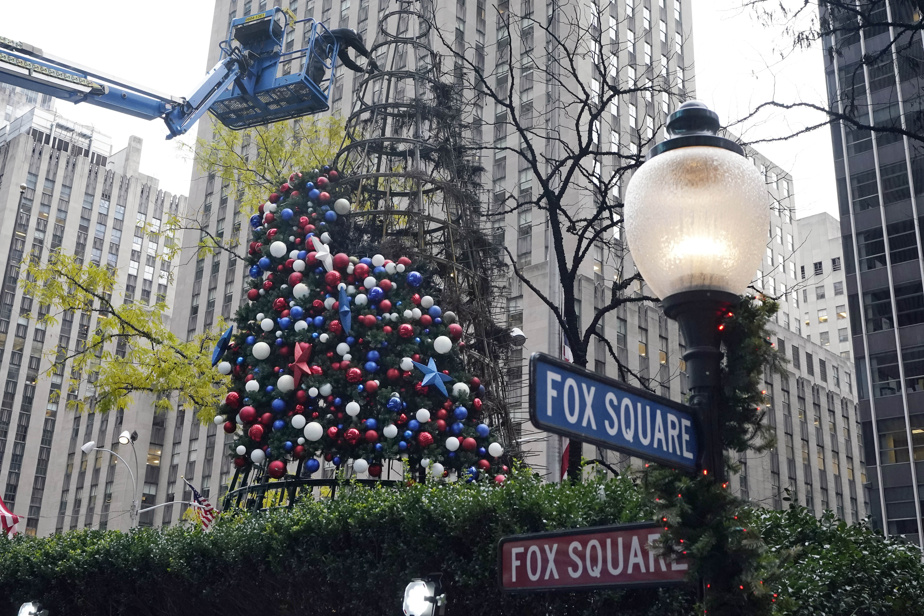 (New York) The New York Police (NYPD) on Wednesday arrested a man suspected of voluntarily setting fire to a giant Christmas tree sitting in front of the headquarters of the American television station Fox News.


A 49-year-old man has been charged with “arson” after being caught at midnight (GMT Wednesday morning 5) climbing into this glowing 15-meter-tall wooden support structure installed in front of the Conservative Chain American building. In the heart of Manhattan.

The tree was later burned, as seen in the glamorous TV footage taken last night.

The detainee had a “lighter”, but police do not know if he used any “catalyst” to ignite the fire, the NYPD said, adding that New York firefighters should determine the cause.

The fire was quickly brought under control and no one was injured.

The motive for the suspect has not yet been identified, but Fox News Media CEO Susan Scott condemned the “malicious attack” in a statement.

Criticizing “deliberate, cowardly and cowardly act”, the head of the big conservative American television channel promised that a new tree would soon be erected at the same place, 6th Avenue.e Avenue and 48e rue, “Message of peace, light and joy, even in a (more) dark moment”.

A spectacular fire broke out in front of the Rockefeller Center, one of New York’s holiday destinations, in early December with a few blocks from another giant Christmas tree.