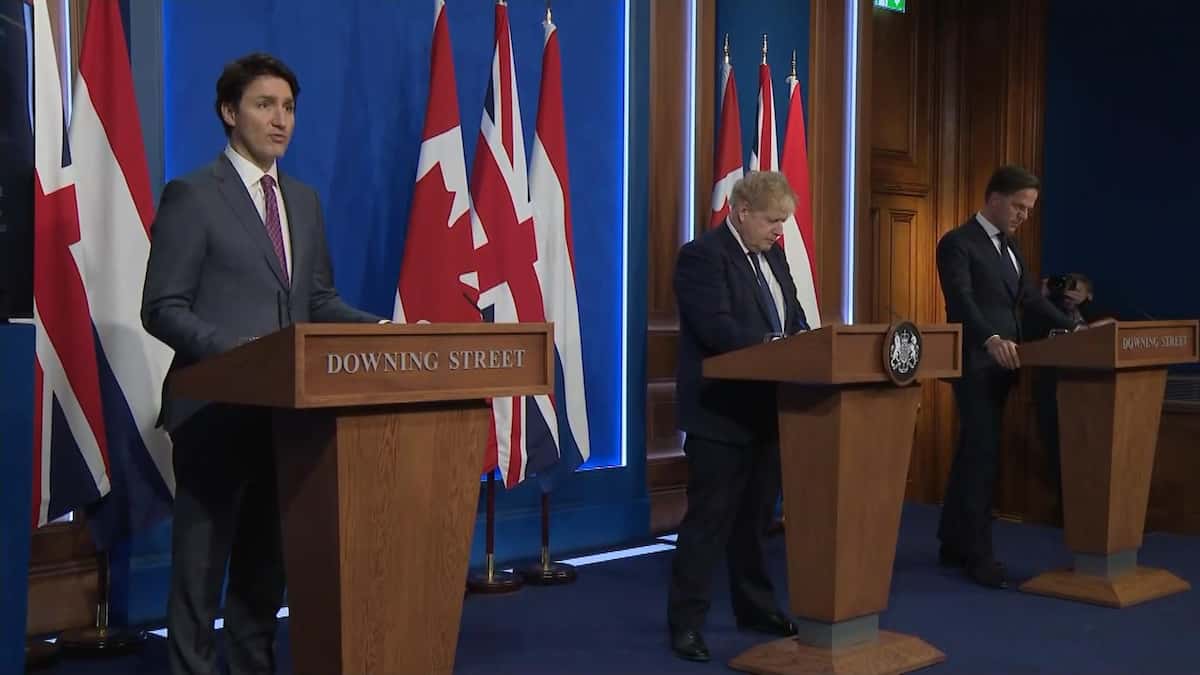 Justin Trudeau met with his British counterpart Boris Johnson today to discuss the strategy chosen by Western allies in connection with the Russian occupation of Ukraine, which has been going on since February 24.

“Many years ago, we had a plan to increase our military investment by 70% (…) and we want to fully participate with NATO,” Justin Trudeau noted.

For his part, Mr. Johnson wants to speed up sanctions against Russia. “We want to do everything we can to help Ukraine,” he added.

After that, Mr. Trudeau has to travel to Riga in Latvia, a NATO member state that maintains a border with Russia, where hundreds of Canadian soldiers are stationed as part of Operation Resurance.

Visitors’ visits and meetings with the Prime Ministers of Latvia, Lithuania and Estonia are on the menu.

After that, the trip will continue in Germany and end in Poland before then. A meeting with the two leaders is scheduled.

The issue of misinformation about the Russian invasion of Ukraine is of concern to allies. These will focus on how to combat the scourge, as Russia has suspended a wide range of social networks and independent media.

Beyond the situation in Ukraine, Mr. Trudeau and his colleagues will use their speeches to talk about economic recovery and the struggle against climate change.