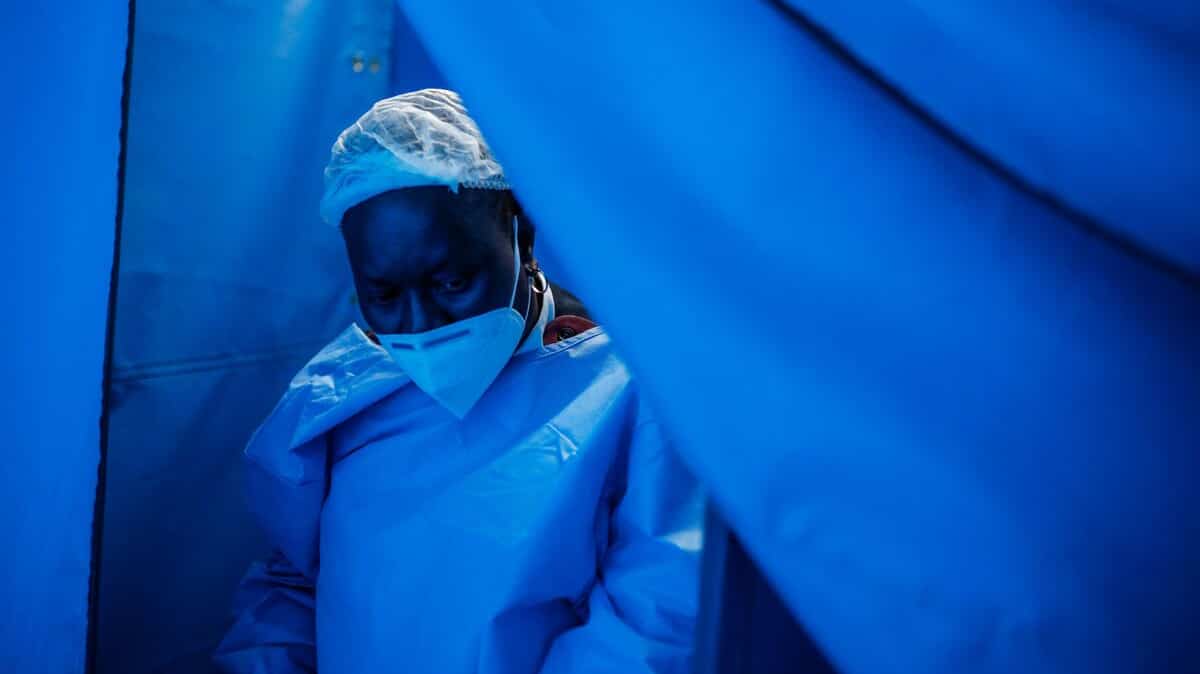 South Africa, which discovered a new variant of Govit-19 last month, announced that it has crossed the peak of the Omigron wave, with only a “small” increase in deaths because there are recorded infections in many countries.

Read more: Omigron is playing a game of ruining the US economy

Read more: The Omigron variant is now the majority in France

“According to our experts, Omicron has reached its peak without becoming a significant or dangerous change in the number of hospital admissions,” Presidential Minister Mondli Gungubele commented on Friday, promising that the government would remain vigilant for minimal growth. Rather.

The night curfew, which had been in effect for almost two years and 21 months, was reduced to midnight to 4 p.m. Just before the New Year celebrations, he finally woke up.

“It is our hope that this lift will continue,” the minister said during a virtual press conference. “We are trying to find a balance between the lives of the people, their livelihoods and the goal of saving lives,” he explained, recalling that the South African economy had been hit hard by the epidemic.

With only 15.6 million people out of a population of 59 million fully vaccinated, the minister hopes that by wearing a mask, adhering to distance and accelerating vaccination below targets, the “curfew order will never return.”

On Thursday evening, the President announced that “all indicators are that the country has crossed the peak of the fourth wave of the epidemic” and that “there has been a slight increase in the number of deaths.”

The minister stressed on Friday that the number of infections, hospital admissions and deaths would continue “for hours, and if we notice a difference” in evolution, “we will act immediately”.

New infections last week (89,781) were down nearly 30% compared to the previous week (127,753). Hospital admissions have also declined in eight of the nine provinces: “Although the Omigran variant is highly contagious, hospital admissions rates are lower than previous waves,” the president said.

Omigron was first identified in Botswana and South Africa in late November, with a large number of mutations that raise concerns about vaccine resistance. It soon dominated South Africa, with official figures showing that by mid-December the number of infections had risen to more than 26,000 a day.

According to the WHO, this variant currently exists in about 100 countries. Most contagious, it affects people who have been vaccinated and are already infected with the virus.

The African country is officially the hardest hit, with more than 3.4 million cases and 91,000 deaths in South Africa. Less than 13,000 cases have been detected in the last 24 hours.

Fareed Abdullah of the South African Medical Research Council (SAMRC) tweeted, “The rate at which the fourth wave rises from Omigran and then peaks and then falls is astounding. It peaks in four weeks and falls sharply in two weeks.”

The South African government has lifted the curfew and nightclubs may resume normal operations, while many countries affected by Omigran have announced that they will tighten health restrictions and register new cases of pollution per day.

Wearing a mask is mandatory in public places and meetings are still limited: a maximum of 1000 people indoors and 2000 people outdoors.

Demands for the lifting of the curfew have multiplied in recent days, especially in the run-up to New Year’s Day, with petitions from restaurant and bar owners.