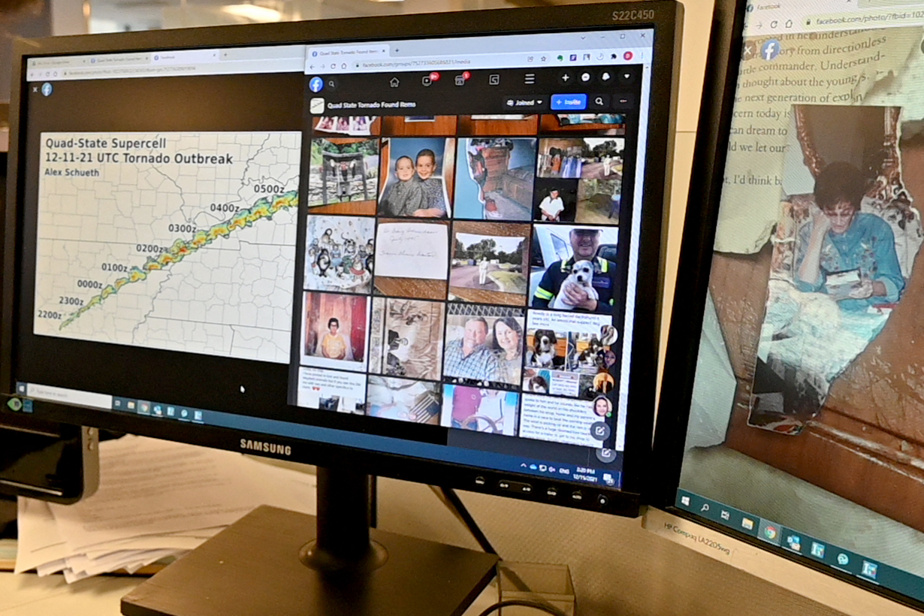 (Washington) Abigail Miller’s parents lost almost everything last weekend due to a devastating hurricane in Central and Southeastern America.

But with the help of strangers, the Kentucky couple found photos of their daughter’s graduation ceremony, thanks to a Facebook team trying to find the owners of the items thousands of people threw at them.

The Millers, who were able to find shelter before the hurricane, were luckier than their belongings, which had been carefully stored to go to the furniture depot in Dawson Springs, one of the cities most devastated by the storm.

Abigail Miller, 19, who no longer lives in Kentucky, said: “We did not think we could find anything.

What a surprise to her when a former classmate posted a photo of her on a Facebook group dedicated to items found in the hurricane on Friday.

The second photo in this group appeared, of the graduation ceremony.

“Thank you very much!” Shouted Abigail Miller in the comments.

The pictures flew to Billpot, another city in Kentucky a hundred miles away.

Others eventually discovered new photos owned by the Millers, still on Philpot, and each volunteered to return them to their owners.

“Some people asked what our family needed for Christmas,” the young woman said softly.

The Facebook group in question now has 68,000 members and continues to grow.

His associates use it to track pet owners, documents and hundreds of family photos.

Someone shows a father in the hospital holding a newborn baby in his arms. Another in black and white shows young men in uniform during World War II.

Homeowners often tag their loved ones in family or friends comments, often within minutes.

“She’s my grandmother!” I’m sending you a message! », A user comments under a torn photo of Grandma holding a Christmas gift.

Other news reveals tragedies. “My uncle was killed by the hurricane”, one might read under another picture.

“The Strength of Our Community”

Some were even able to find their pets.

The husband of Laura Bradt, a teacher in western Kentucky, found a dog while helping clean up the trash after a storm.

“It’s like a member of the family. If my dog ​​goes missing, I wish we could do the same,” he says.

Three days after posting photos of a blind woman Dachshund with a brown mark on her head online, she finally got a message.

“This is my dog! My house and everything else was destroyed! Where can I find it?”

“When the woman took her in her arms, she was relaxed – it was clear she belonged to her,” says Laura Brad.

Explosions of this unity on the Internet made this author proud: “It shows the strength of our community. ”