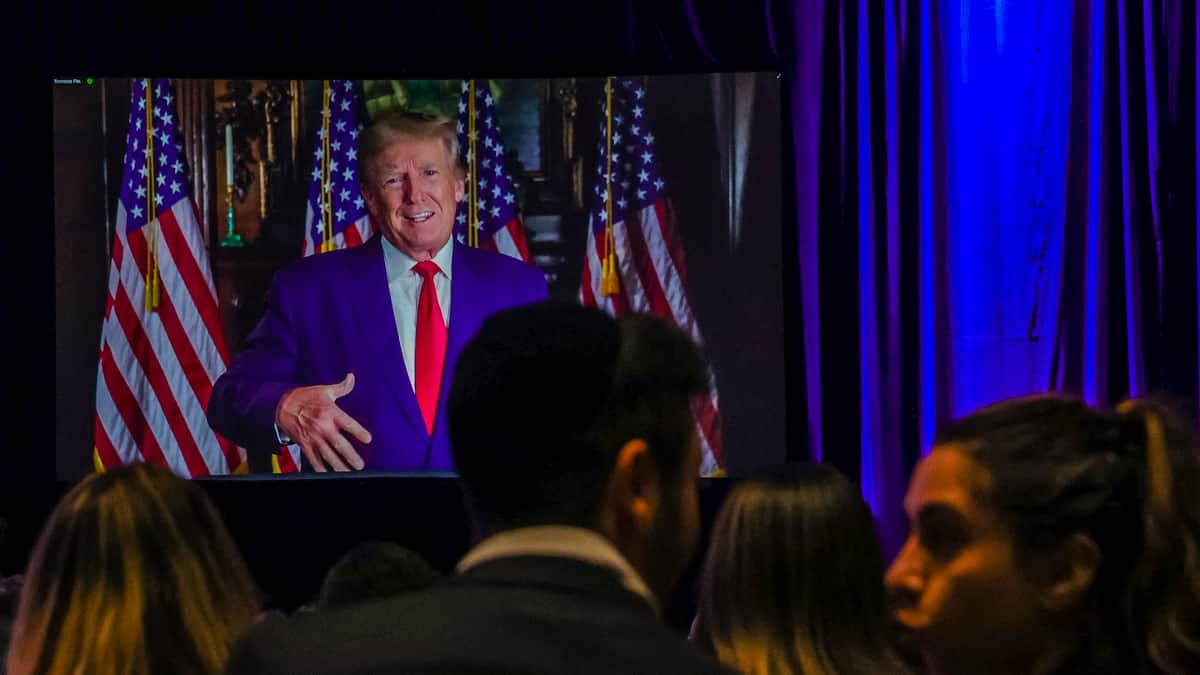 Former President Donald Trump received a standing ovation at a Republican rally in Las Vegas on Saturday, but many conservative leaders criticized him for recent disappointing results in the midterm elections.

In his first speech since announcing his 2024 White House bid on Tuesday, Trump, 76, praised his tenure and praised his donors and members of the Republican Jewish Coalition, which holds its annual meeting in Las Vegas, Nevada through Sunday.

The former president refused to take responsibility for the Republicans’ election results. On the other hand, he said, the Republican Party is “much bigger and more powerful than it was before I arrived.”

“The election was rigged,” said the billionaire, speaking via video link, but the public, who greeted him warmly, did not react to the comments.

He was added at the last minute to the list of speakers for the Republican Jewish Coalition’s annual meeting.

His participation raised expectations as many of his opponents before him called for turning the page and betting on “strong leadership”.

Former New Jersey Governor Chris Christie was more blunt in his speech and insisted on holding Donald Trump accountable for the results of the midterm elections.

“Donald Trump chose the candidates on only one criterion. It’s not about their qualifications, experience, wisdom or charisma. (…) But whether they believe that the 2020 presidential election is stolen or not. If you believe that, I support you, if not, I reject you” said Mr. Christie, speaking to the crowd hours before the former president.

“Well, let me tell you, this party doesn’t mean it. This he need not represent in the future. This must stop now. “We are losing because Donald Trump has elevated himself above all else,” he warned.

For his part, Maryland Governor Larry Hogan criticized Mr Trump in his speech on Friday.

In the midterm elections, Republicans promised a “red tide” in Washington that would sweep Democrats from both houses of Congress.

However, Republicans won a narrow majority in the House of Representatives after several candidates backed by Donald Trump were defeated. It was also in the Senate — which was in Democratic hands — and in the governorship, which was considered crucial.

For his part, former Secretary of State Mike Pompeo — who served under the Trump administration and whose audience also offers presidential aspirations — attended the rally.

“Our party needs strong leaders, now more than ever. Personalities, celebrities, don’t do that job,” he said Friday, without naming Donald Trump.

Florida Gov. Ron DeSantis, expected to run in the 2024 Republican primary, has been re-elected in his state, leading some conservative media outlets to see him as the new Republican leader.

He is scheduled to speak at the end of the rally on Saturday.