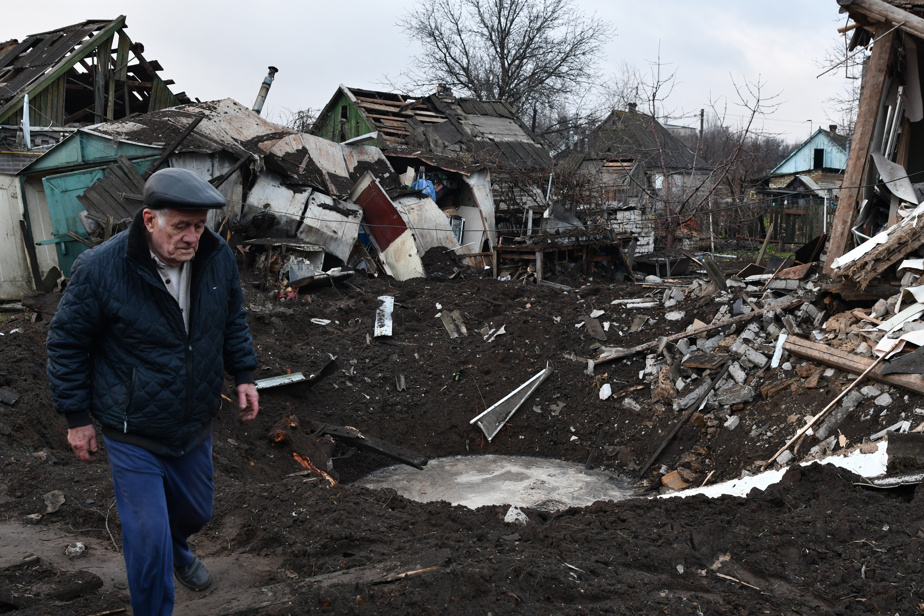 (WASHINGTON) The United States has increasingly called on Ukraine to be ready for peace talks with Russia, as a senior Pentagon official said it would be difficult for Kiev forces to retake territory captured by Moscow during the war.

US Chairman of the Joint Chiefs of Staff Mark Milley insisted on Wednesday that US support had not waned, but said Kyiv was in a good position to start negotiations and its soldiers were managing to stand up to Russia.

He said that the Russians are now strengthening their grip on 20% of Ukrainian territory and that the front lines from the city of Karviv to Kherson are being stabilized.

“The probability of a Ukrainian military victory includes the expulsion of the Russians from all of Ukraine. […] In Crimea, it’s not very likely to happen soon, militarily speaking,” he said.

“Politically, there can be a political solution where the Russians can back down, and that’s possible,” Mr. Millie said.

The White House on Friday reiterated that only Ukrainian President Volodymyr Zelensky was in a position to approve the start of talks between Ukraine and Russia, rejecting any notion of US pressure on Kiev.

“We also said that it is up to President Zelensky to say when he will be ready for negotiations and in what form,” National Security Council spokesman John Kirby said.

“No one in America encouraged him, urged him or pushed him to the table,” he said.

But earlier this month, Volodymyr Zelensky said he was no longer demanding Vladimir Putin’s departure in order to start negotiations, a change that came after pressure from the White House.

An example of the First World War

US support for Ukraine remains strong. This week the White House asked Congress to release an additional $38 billion to support Kiev.

But at the same time, the administration did not contradict the views of General Mark Milley, who last week in New York condemned the Ukraine battlefield toll of 100,000 dead and wounded — a figure close to the Russian military’s estimate — and 40,000 civilian casualties.

He compared the situation to World War I, when both sides were locked in a conflict that claimed a million lives between August and December 1914, with a fixed front and refusal to hold peace talks. Four years later, at the end of 1918, 20 million people were mourned.

“Therefore, when there is an opportunity to negotiate, to achieve peace, seize it,” he said.

Mili’s comments raised fears that the United States may want to revisit Kyiv’s goal of recapturing all Russian-occupied territory, including Crimea and the Donbass, which Ukraine lost control of in 2014.

Charles Kupson, a professor at Georgetown University, said the Biden administration was trying to make sure the door was open to negotiations, and that Mr Milley was already “a little forward-looking”.

“I don’t think it’s premature. I think it’s smart. The Russians and the Ukrainians should have the opportunity to have a diplomatic channel,” he said.

This is a signal to Volodymyr Zelensky, whose statements are testing the patience of some allies.

“Zelensky, understandably, gets a little heated and says things that allies don’t like,” Kupson said.

He adds that the White House is trying to fend off any pressure from European allies to end the war before Kiev is ready.

“The Biden administration wants to go slowly to ensure that the transatlantic consensus remains strong. »