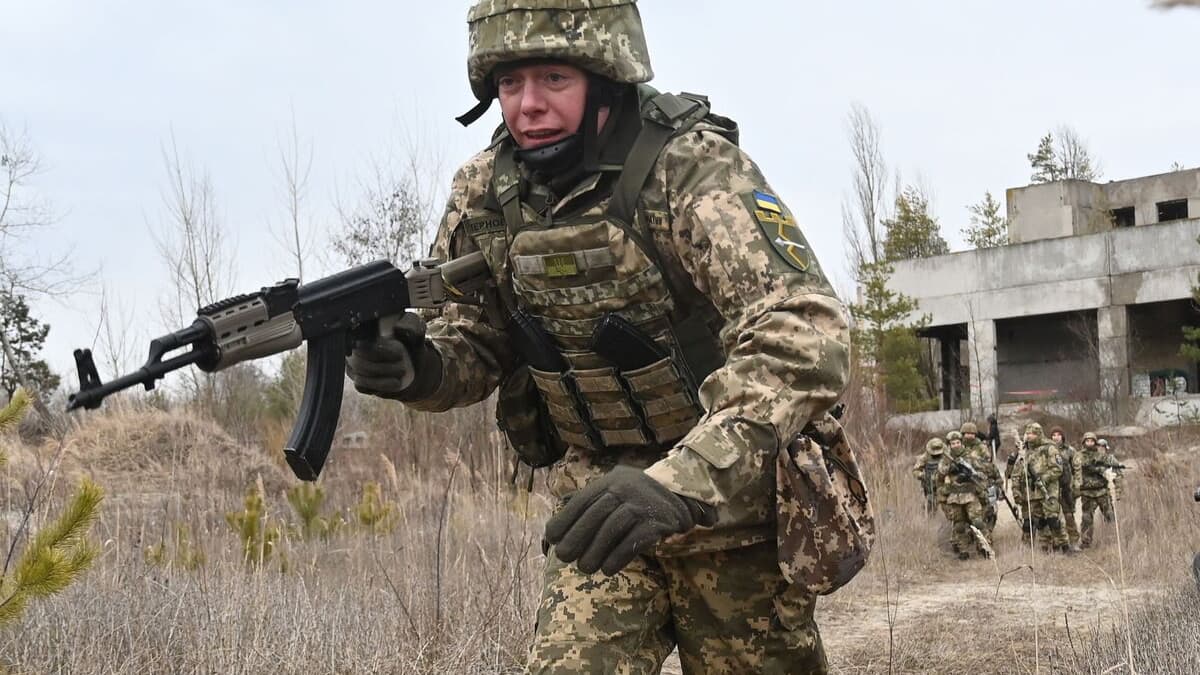 AFP reporters said on Saturday that mortar shells had exploded during a visit by Ukrainian Interior Minister Denis Monastirsky to the east.

The incident took place near the village of Novolukansky, near the front line of pro-Russian separatists, which was visited by several Ukrainian officials amid unprecedented tensions with Moscow.

After the interview with the international media, the bombs exploded as Mr Monastirsky left the trenches separating Ukrainian forces and Russian-backed separatists.

Following this, reporters and officials left.

The Ukrainian military says two soldiers were killed and four others wounded in Saturday’s shelling. At least one of them, a 35-year-old captain and father of three, was killed near Novologansky in the early hours of the morning.

The military and pro-Moscow separatists have blamed each other for escalating the conflict in eastern Ukraine, which has killed more than 14,000 people since 2014.

The separatists, who control parts of Ukraine’s Donetsk and Luhansk regions, say Kiev is planning an invasion. They began to expel the people and announced a general mobilization.

Ukraine denies the allegations and calls for a diplomatic solution to the conflict. The West accuses Russia of amassing 100,000 troops on the Ukrainian border and looking for an excuse to invade its Ukrainian neighbor.

Arzu
See also  Satanism: The man who murdered two London sisters has been sentenced to life in prison